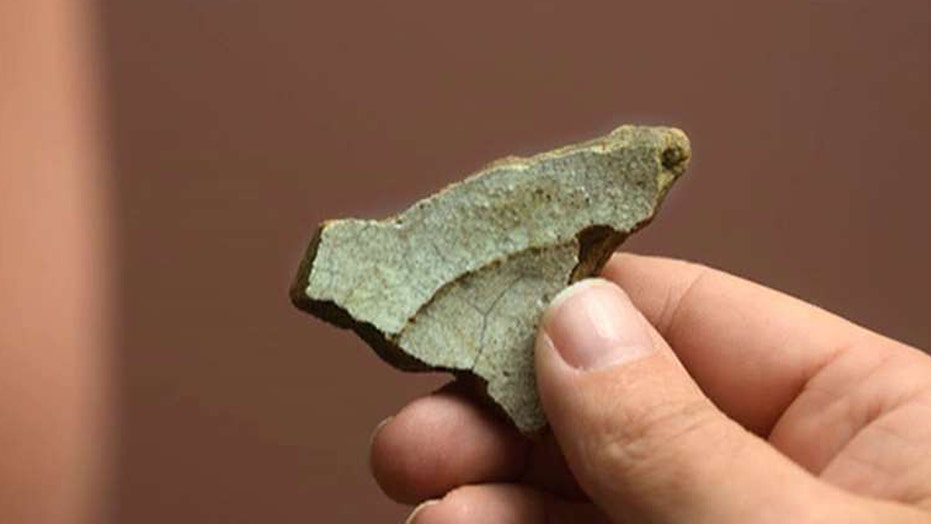 An amateur archaeologist's discovery of 16th-century Spanish pottery shards has led to the unearthing of a long-lost settlement in the Florida Panhandle.

"There it was, artifacts from the 16th century lying on the ground," said Tom Garner, a history buff whose discovery has made him a celebrity in archaeological circles.

According to experts, Garner’s find at a newly cleared lot along the Pensacola Bay was the landing site of a doomed 1559 expedition led by Tristan de Luna. The discovery bolsters Pensacola’s claim as the first European settlement in the modern-day United States, six years before Pedro Menendez founded St. Augustine on Florida’s Atlantic coast. The Luna expedition was scuttled by a hurricane that sank five ships in September 1559, shortly after the fleet arrived.

Part of Luna’s doomed fleet was discovered in Pensacola Bay in the 1990s. But the exact site where Luna and 1,500 soldiers, Mexican Indians and Spanish settlers lived for about two years had eluded searchers – until now. Many believed Luna’s settlement had been washed away in storms or was entombed beneath centuries of land development.

Archaeologists from the University of West Florida are now digging in the quaint, waterfront neighborhood of homes and businesses.

John Worth, an associate professor of anthropology, specializes in Spanish colonial history and has studied Luna expeditionary documents. The university confirmed the find this fall and announced it to the archaeology world just before the beginning of the year.

"This gives us a whole new window on early Spanish colonialism here in the United States," he said.

Luna was ordered by Spain's King Philip II to construct a village that would include a church, government house, town plaza and a residential site. Archaeologists hope to find out how far the work progressed.

Worth said if Luna's colonization attempt had succeeded, it would have changed the history of North America. A lasting Spanish foothold in the Panhandle could have checked later French influence on the region, he said.

"Having actual, tangible remains from the Tristan de Luna site is very important," he said. "I think, from a level of wow factor, it ranks right up there."

Meanwhile, St. Augustine proudly maintains its claim as the oldest continuously occupied European settlement city in the present-day U.S. "There is definitely community pride because of that," he said.