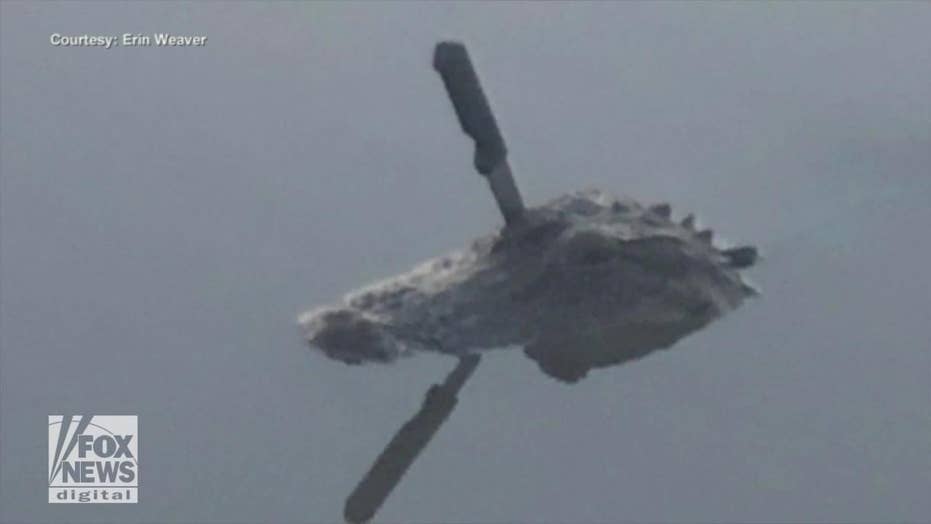 Wildlife officials in Texas have called in an expert to locate an alligator with a knife in its skull.

ABC13 reported last week that the unfortunate gator, which stunned residents, was spotted swimming in a lake at the Orchard Lakes Estate in Fort Bend County. Erin Weaver photographed the alligator and the images sparked concern for the animal when they were circulated on social media, according to ABC13.

Officials have been searching for the wounded animal. “We have authorized a licensed nuisance alligator hunter to attempt to capture it, but he has not been successful in finding it as of now,” a spokesman for the Texas Parks and Wildlife Department told Fox News via email.

While there have been no additional sightings of the gator, it is also possible that the knife is no longer stuck in the reptile’s skull. “Our alligator expert theorizes the knife likely became dislodged or the alligator moved on from that location,” the spokesman added.

The American alligator is found in the eastern third of Texas, according to Texas Parks and Wildlife. “While typically found in fresh-water, they can tolerate brackish water as well,” it explains, on its website. “Formerly an endangered species, the alligator is now a protected game animal in Texas.”