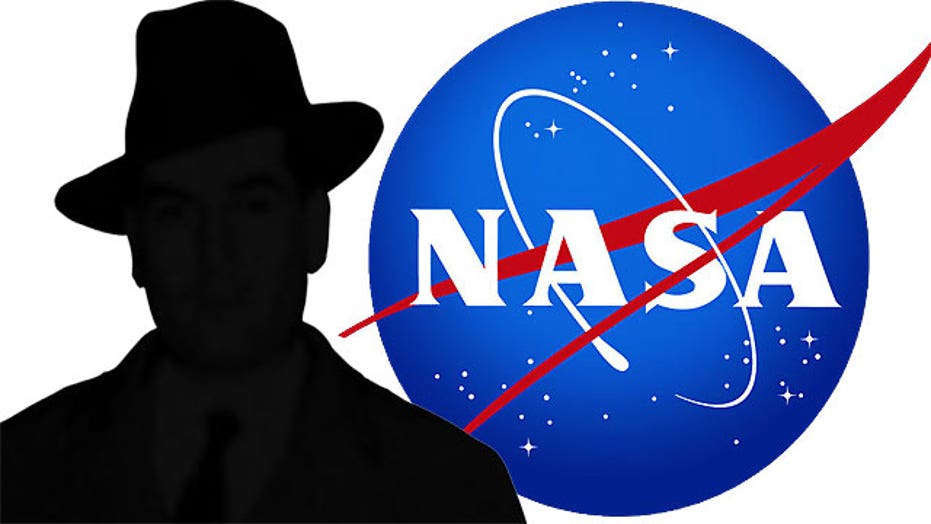 A spy at NASA?

The FBI said Tuesday it is actively investigating a Chinese man arrested Saturday with a one-way ticket out of U.S. -- a scientist potentially carrying highly confidential military secrets and rocket technology from NASA labs.

Bo Jiang, a contractor at the National Institute of Aerospace (NIA) who had been working at NASA-Langley, was arrested at Dulles International Airport on Saturday by FBI and DHS agents as he was trying to leave the country, Fox News has confirmed.

Bill Daly, a former FBI investigator, said Tuesday that the agency is currently investigating Jiang to determine whether there was actual espionage going on.

“The fact that people can take information, bring it back to their home country, get a fast forward on our dime, on the money we’ve spent and the time we’ve spent developing technology, and move their programs that much further along …” Daly told Fox News.

“What they did here potentially could be a direct threat to our country,” Wolf told Discovery News. “The Chinese have the most comprehensive spying program in Washington that has ever been. They make the KGB look like they were the junior varsity or freshman team.”

Jiang is reportedly affiliated with an institution in China that has been designated as an “entity of concern” by other U.S. government agencies, Wolf said. The FBI is “investigating conspiracies and substantive violations of the Arms Export Control Act,” he explained.

The case against Jiang was opened on March 13; on March 15, federal agents learned that he was leaving the United States &quotabruptly to return to China on a one-way ticket.” On March 16, he was picked up at Dulles on a plane to Beijing.

“Although we won’t know the nature of the information on the hard drives until the FBI fully reviews it, we know that Mr. Jiang has in the past taken sensitive information back to China that he should not have been allowed to remove from Langley,” Wolf said.

“It’s very sad, especially for those of us that grew up with NASA and the space program and those great moments you saw them strive for to now see that they have a series of big security compromises,” he told Fox News.

Daly -- currently a senior vice president with security consultancy Control Risks Security Consulting -- noted that between 2010 and 2011, there were over 5,000 breaches of computer security by the agency’s own admission.

In October of 2012, a NASA employee had his unencrypted laptop stolen from his car outside of Washington with sensitive information on it.

“People out in Pasadena at the Jet Propulsion Laboratory were in an uproar over it, because it had very personal data -- background information -- on it,” he said.