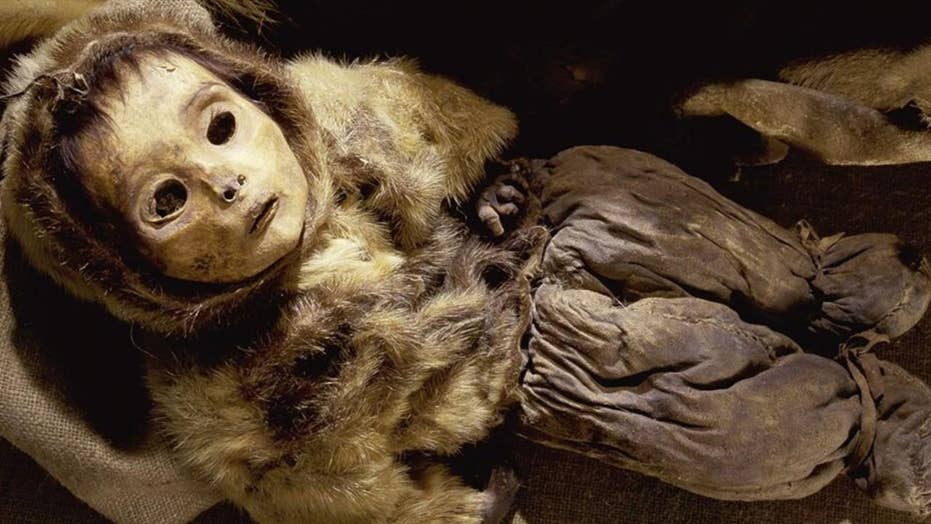 A family of Inuit hunters believed to be frozen for over 500 years are "North America's best preserved mummies," according to news reports.

The Sun reports that experts reckon the family of eight, believed to have died in Greenland around 1475, includes a 6-month-old baby, another child and six adult women.

The eery images show the bodies with skin, fingernails and hair still intact centuries later. Experts say the bodies likely were mummified because of the climate in the area, The Sun added.

Tattoos can also be seen on the mummies' foreheads and chins.

Shockingly, the young child appears to have been buried alive, keeping in tradition with Inuit culture that states if a mother passed away, her child could be buried alongside her.

The graves, which were discovered at Qilakitsoq, an Inuit settlement in Greenland in 1972, contained animal skins placed between the bodies, which were stacked on top of one another.

Greenlandic child, preserved through natural mummification. The group consisted of six women and two children, all buried together in the same grave. (Credit: Werner Forman Archive/Shutterstock)

Four of the bodies are on display at the Greenland National Museum in Nuuk, according to The Sun.