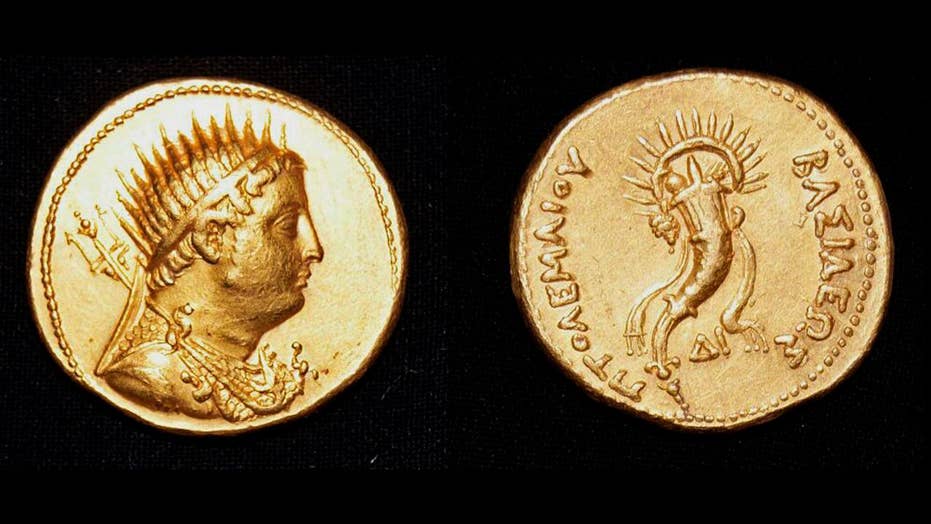 Archaeologists in Egypt have unearthed a 2,200-year-old gold coin depicting the ancient King Ptolemy III, an ancestor of the famed Cleopatra.

The coin, which bears the image of the King on one of its faces, was discovered during the excavation of a large Greco-Roman building at the San El-Hagar archaeological site in Northern Egypt.

Ptolemy III ruled Egypt in the 3rd century B.C. Egypt’s Ministry of Antiquities says that the coin was made during the reign of King Ptolemy IV in memory of his father. Ptolemy IV reigned from 180 to 145 B.C.

In a Facebook post, the Ministry explained that archaeologists also found pottery vessels, terracotta statues, bronze tools, a stone fragment engraved with hieroglyphs and a small statue of a ram at the site in the Nile Delta.

The value of the coin has not yet been revealed.

Egypt hopes such discoveries will spur tourism, which has suffered from political turmoil following the 2011 uprising.

Experts in Australia also recently found the tattered remains of an ancient priestess in a 2,500-year-old Egyptian coffin that was long thought to be empty.