Buyers can own the infamous piece of Chicago history for $109,000. Capone moved into the home in August of 1923.

Notorious gangster Al Capone’s Chicago home went on the market for a steal this week, coinciding with the 90th anniversary of the infamous mob rubout known as the St. Valentine’s Day Massacre.

The mob boss’ red-brick home on the Windy City’s far South Side is on the market for $109,000, FOX32 Chicago reported. The most recent owner lost it to foreclosure in 2018, a real estate agent told the station.

AL CAPONE LETTER GOES UP FOR AUCTION, BUT RUMORS SWIRL THAT IT WAS STOLEN FROM COURT

Capone, known as "Scarface," moved into the small home in 1923. As mob boss he ran a massive bootlegging, gambling and prostitution operation during Prohibition.

Capone was widely thought to have ordered the St. Valentine's Day Massacre hit, but the gangster was careful to make sure he was in Florida when the killing started. (Associated Press)

He was believed responsible for the 1929 mob rubout that became known as the St. Valentine’s Day Massacre. Seven mobsters were gunned down by firing squad on a winter morning in Chicago. While widely suspected of ordering the hit, Capone cleverly made sure to be in Florida when the hail of bullets was fired.

Capone was finally brought down for tax evasion in 1931. He did a stretch in Alcatraz and died in 1947. 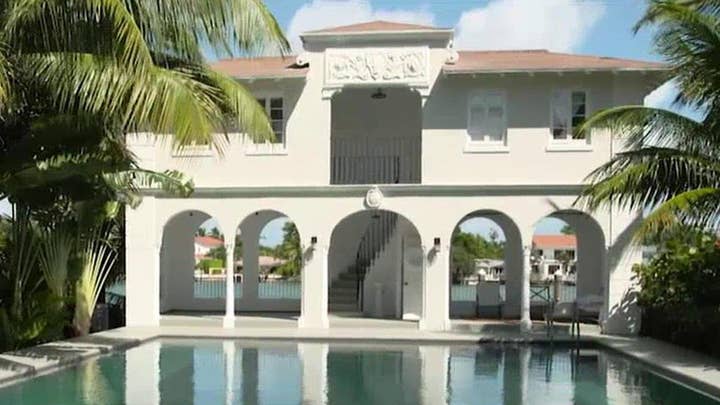 Records show Capone bought the house for $5,000 and lived there with his wife, mother and sister. Among the gangster's homes was also a mansion in Miami Beach, which was on the market for $15 million in 2018, according to the Miami Herald.

Capone’s mother lived in the Chicago house until she died in 1952. The family sold the home shortly after, FOX32 reported.