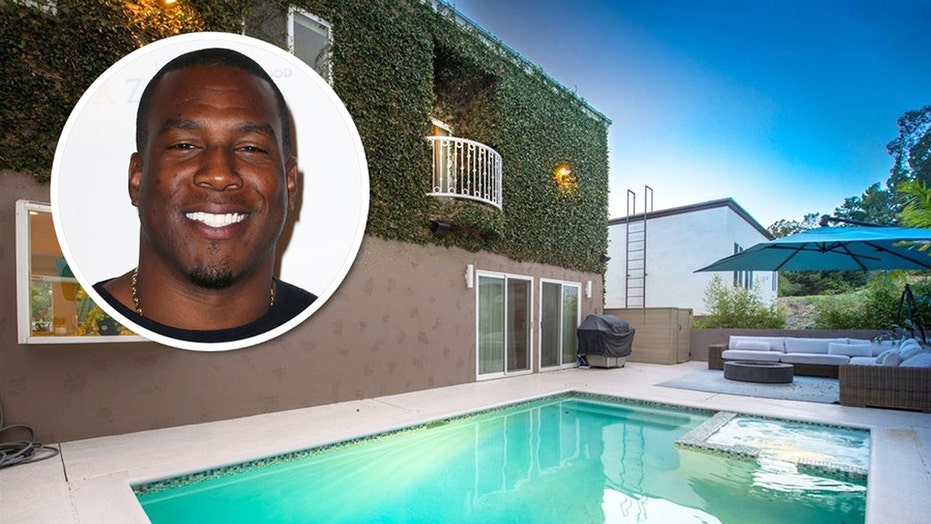 Inside an NFL superstar's dream home

This week we have an NFL player’s second home, Washington D.C.’s most expensive property and a car collector’s dream home in Chicago.

Amidst rumors that the San Diego Chargers could relocate to Los Angeles, Chargers tight end Antonio Gates has put his contemporary Hollywood Hills property on the market for $2.5 million.

The modern five-bedroom, four-and-a-half bath property is located on a private road and has 4,400 square feet of living space.

The newly improved home features a spacious living room that opens up to the chef’s kitchen and backyard; there is also an elevator and an additional room that could be turned into another bedroom or an office.

Outside, there is a newly finished tiled swimming pool, a jacuzzi and fire pit.

Washington D.C.’s most expensive property just got even more expensive.

The eight-room, 11-and-a-half-bathroom mansion, located in the exclusive neighborhood of Kent in the northwest of Washington D.C., is the most expensive property currently listed in D.C., according to realtor.com.

Surrounded by well-manicured gardens, the home’s classic exterior features Indiana limestone porches and accent details that hearken back to the turn of the century.

This grand regency-style mansion was previously listed at $20 million. The price recently increased by $2 million. Maybe the owners are hoping one of Donald Trump’s kids might want to move in.

This industrial chic pad in Chicago is a dream space for any serious car collector. Currently owned by a prominent hedge fund manager, the converted warehouse has room to showcase 15 cars.

But that’s not the only selling point for the West Loop property in one of the hippest and most coveted neighborhoods in Chicago.

The first floor is also home to a lavish entertainment area complete with its very own casino room, a bar and a bedroom suite.

The owner will live about it all. The full living quarters are just one flight up on the 7,000-square-foot second floor. The stunning open space has a dramatic barreled ceiling made of exposed, arched timber beams.

The second floor also has a modern kitchen with two ranges, three bedrooms and two bathrooms, complete with an infinity bathtub in the master suite.

The building was built in 1943 and is so massive that it sits on three contiguous city lots.

Google’s new Midwest headquarters is nearby, according to Mr. Cheaib, along with “lots of new luxury condo developments.”

It could all be yours for just $5.3 million.