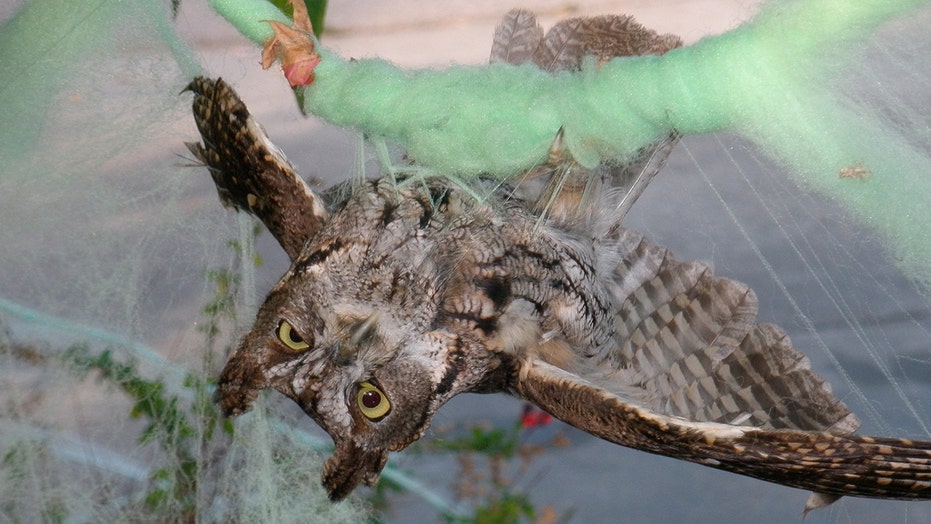 Raw video: Toddler gets into fight with Halloween decoration

A father records his son who, after being startled by a giant spider Halloween prop, proceeds to kick and punch it.

Fake cobwebs and some other spooky, outdoor Halloween decorations meant as harmless fun can do real damage to wildlife.

Halloween spending has skyrocketed in recent years, and the National Retail Federation says Americans are expected to spend $2.7 billion on Halloween decorations this year.

Wildlife organizations say they also have seen an increase in animal visits to local rehabilitation centers for injuries related to the outdoor holiday decorations.

This photo by Marin Humane shows an owl who had gotten caught up in some decorative Halloween cobwebs outside of a residence in Mill Valley, Calif. (D. Stapp/Marin Humane via AP)

“The fake cobwebs are of particular concern,” said Lisa Bloch, director of communications for the Marin Humane in Novato, Calif. When they’re strung across bushes and trees, “wildlife can easily get stuck in these webs.”

With more people conjuring spooky outdoor scenes for the holiday, wildlife organizations have seen an increase in animal visits to local rehabilitation centers for injuries related to the décor. (D. Stapp/Marin Humane via AP)

The fake webs can trap animals, said Alison Hermance of WildCare, a nonprofit wildlife hospital and nature education center in San Rafael, Calif. Birds caught in them can damage their wings and claws. Chipmunks and other low-to the-ground rodents can also get caught and damage their paws.

If you observe an animal in trouble, always call a wildlife center before intervening, Bloch said.

Fake cobwebs and some other spooky, outdoor Halloween decorations meant as harmless fun can do real damage to wildlife. (Reuters)

Halloween lights and other items that dangle also can pose problems for wildlife. Deer and elk can get holiday lights, netting, clothing and other materials stuck in their antlers, said Jason Clay of the Colorado Parks and Wildlife’s Denver office. 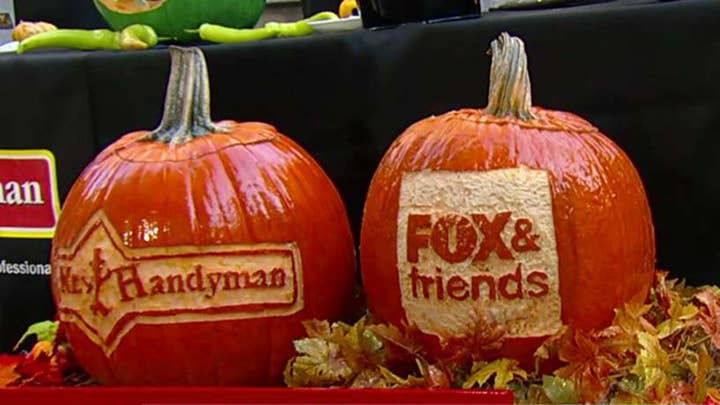 Be aware of what paths animals use in your yard, and avoid placing decorations there, Clay said.

Pumpkins and other food items should be disposed of promptly because they entice animals to come closer to your home than they normally would, putting them in contact with pets and increasing the risk of getting hit by a car, Hermance said.

Don’t leave any decorations up for an extended period, adds Bloch. “It’s good to be mindful and remove the decorations as soon as you’re done celebrating.”