The Wyoming GOP Thursday ripped Rep. Liz Cheney, the third-ranking Republican in the House of Representatives, for voting in favor of an impeachment resolution against President Trump for his role in the Capitol riots.

Cheney was one of 10 Republicans who voted to impeach Trump this week on a single charge of "incitement of insurrection," days after his supporters stormed the U.S. Capitol as lawmakers met to certify President-elect Joe Biden’s victory. Wyoming Republican leaders said Cheney’s decision led to a "whirlwind" of criticism in her home state.

"There has not been a time during our tenure when we have seen this type of an outcry from our fellow Republicans, with the anger and frustration being palpable in the comments we have received," the Wyoming GOP said in a statement. 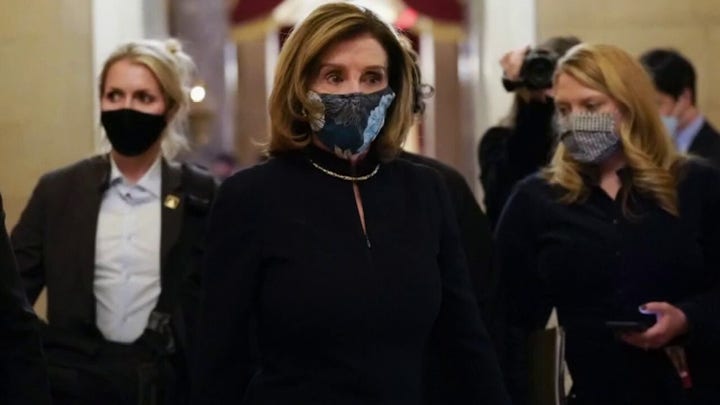 The Wyoming GOP shared several points that angry Republicans reportedly submitted about Cheney’s vote. The party noted that Wyoming voted to reelect Trump by a 70% to 30% margin and said Cheney "denied President Trump due process" by voting to impeach before "evidence"  presented.

The party said Republicans viewed Cheney’s claim that the Capitol riot was the "worst thing ever in our history" as "absurd."

Cheney, chair of the House Republican Conference, was one of the most prominent GOP voices to condemn Trump over the riots. House Majority Leader Steny Hoyer, D-Md., cited Cheney’s remarks while delivering the Democratic Party’s closing statement in favor of impeachment.

Trump is the only president in history to be impeached twice. The Senate is expected to pick up the impeachment trial after Biden's inauguration.