Indiana Gov. Mike Pence's staff has been dealing with a rather unusual wave of protest calls to his office over the past week -- from women describing their periods in great detail.

While the calls may be frustrating staff, it's all part of an organized effort to oppose a newly signed abortion law.

The new policy bans abortions sought due to the race or gender of the fetus, or genetic abnormalities. The bill also requires that fetal remains be either cremated or buried in addition to other restrictions.

Pence called the new law a “comprehensive pro-life measure,” but pro-choice activists say he is infringing on their rights, and any period could potentially be a miscarriage without their knowledge.

Hence, women have been calling up the Republican governor’s office and informing staff about their menstrual cycles. They've posted the conversations on the “Periods for Pence” Facebook page, which has over 34,000 likes.

"I would certainly hate for any of my fellow Hoosier women to be at risk of penalty if they do not 'properly dispose' of this or report it. Just to cover our bases, perhaps we should make sure to contact Governor Pence's office to report our periods," the anonymous founder of the page wrote.

The calls range from highly detailed to tongue-in-cheek, to a little of both. According to the Facebook page, one caller reported to Pence's staff that "My flow seems abnormally heavy, but my cramps are much better ..."

Posted by Periods for Pence on Thursday, 31 March 2016

Just got through to Governor Pence's office. (The operator must be on break.) Me: Hi, is this the operator, or the...

Posted by Periods for Pence on Wednesday, 30 March 2016

Other calls are along these lines.

"We are always willing to take calls from constituents who have questions, concerns or are looking for assistance," Pence spokeswoman Kara Brooks told The Associated Press. The office has received nearly 100 calls since the page was launched, and spokesman Matt Lloyd said most have come from out of state.

Activists are also planning a rally outside the Indiana Statehouse Saturday to protest the measure.

Annette Gross, a co-organizer of Saturday's rally, said though Pence signed the abortion measure into law, she is also frustrated with the 97 lawmakers who voted in favor of the bill.

"I'm not that naive to think that 3,200 people is going to cause the governor to take back the bill, but he cannot hide in his ivory tower and pretend everything is OK because it's not," Gross said. "I don't know if it will change anything, but at least it gives people a voice."

Pro-life groups have backed the bill, saying it will save lives.

"The upcoming Planned Parenthood abortion rally is an ugly reminder of the hate directed at unborn children who are vulnerable for abortion because of their gender, race or potential disability," Sue Swayze, Indiana Right to Life’s vice president for public affairs, told The Associated Press in an email.

The American Civil Liberties Union and Planned Parenthood have said they intend to sue the state over the law, arguing it is unconstitutional. 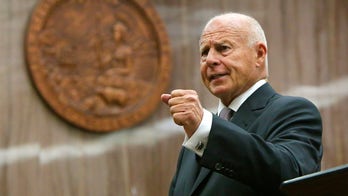 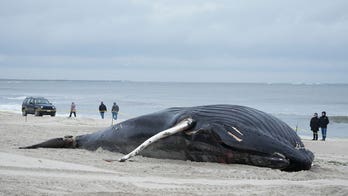 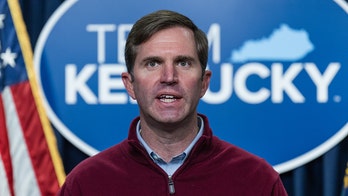