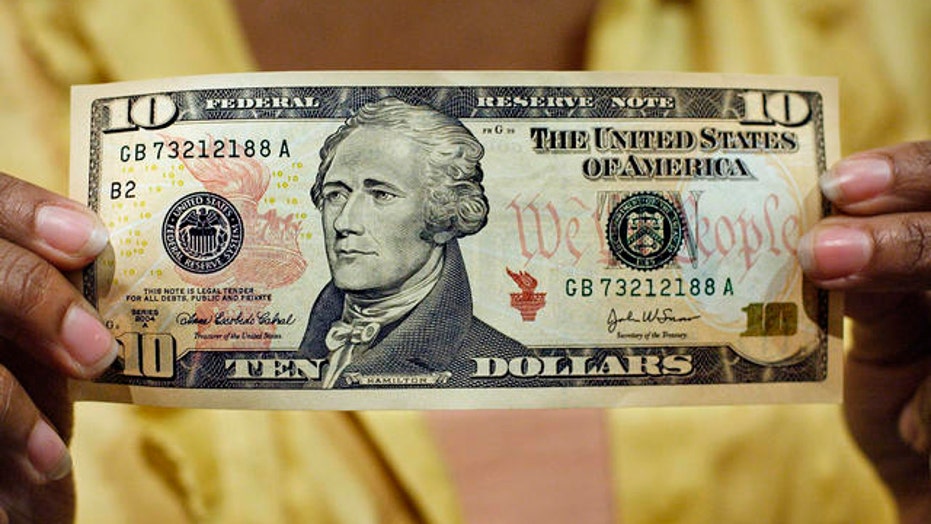 Does Andrew Jackson deserve to be replaced instead?

Move over, Alexander Hamilton. Treasury Secretary Jacob Lew announced Thursday that the redesigned $10 bill will feature the first woman on the nation’s paper money in more than a century.

Which woman will receive the honor will be decided later this summer. Lew is asking the public who they think should be on the bill, as well as what symbols of democracy it should feature. Ideas can be submitted by visiting thenew10.treasury.gov website.

Various groups have campaigned to get a woman honored on the nation’s paper currency, which has been dominated by males for more than 100 years. The last woman featured on paper money was Martha Washington, who was on a dollar silver certificate from 1891 to 1896. The only other woman ever featured on U.S. paper money was Pocahontas, from 1865 to 1869. Susan B. Anthony and Sacagawea are on dollar coins.

Sen. Jeanne Shaheen, D-N.H. who is sponsoring legislation to put a woman on the $20 bill, praised Lew for making a decision to use the $10 bill, which is the next denomination of currency scheduled to be redesigned.

"While it may not be the twenty dollar bill, make no mistake, this is a historic announcement," Shaheen said in a statement. "Young girls across this country will soon be able to see an inspiring woman on the ten dollar bill."

A grassroots group, Women on 20s, had been pushing to get a woman's portrait on the $20, which currently features Andrew Jackson. They had conducted an online poll that gathered over 600,000 votes. African-American abolitionist Harriett Tubman was the top choice in that poll.

The new bill will have added security features to make it harder to counterfeit. The bill will be unveiled in 2020, the 100th anniversary of the passage of the 19th Amendment giving the women the right to vote. The date it will be put into circulation will be announced later.

Lew said that Hamilton, the nation's first Treasury secretary, would still be honored in some way. He said one possibility being considered would keep Hamilton's portrait on some of the redesigned $10 bills. Lew said no final decision had been made yet.