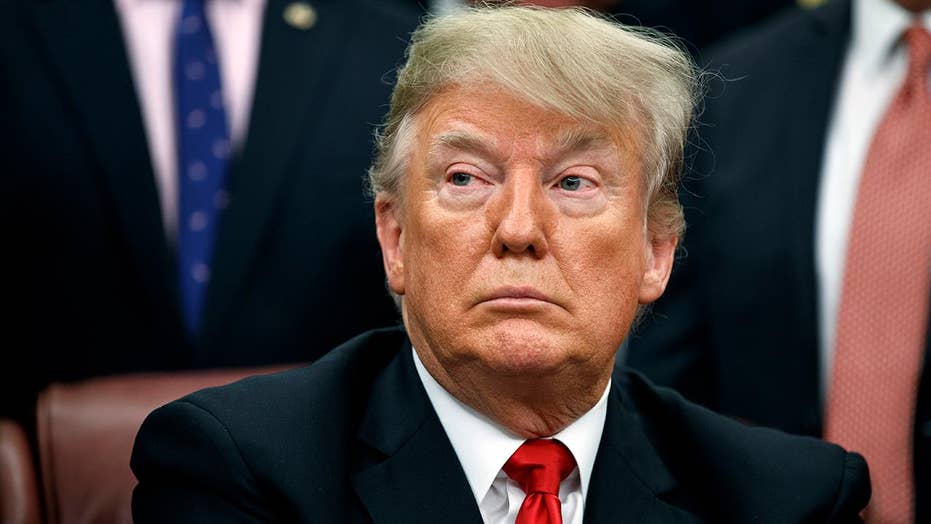 With investors bruised by the stock market’s worst week in seven years, President Trump and Treasury chief Steve Mnuchin have spent recent days trying to ease concerns on Wall Street -- with the partial government shutdown as an inconvenient backdrop.

Mnuchin tweeted Sunday that he had called the “CEOs of the nation’s six largest banks” in a bid to calm any financial-industry jitters. A Treasury Department statement indicated there was little alarm among them.

But while the president has publicly expressed his disapproval of the Fed’s policy – having previously told the Washington Post he was “not even a little bit happy with my selection of Jay” – Mnuchin on Saturday put to rest rumors of Powell’s impending departure.

Mnuchin quoted the president as saying he disagreed with the “increasing of interest rates…especially in light of my major trade negotiations which are ongoing, but I never suggested firing Chairman Jay Powell, nor do I believe I have the right to do so.”

The Wall Street Journal reported that stocks would likely post their single worst month since October 2008, when the market was being battered by the global financial crisis caused by a reckless lending spree that prompted a taxpayer-backed bailout of several U.S. banks.

The setting sun illuminates clouds behind the White House during a partial federal shutdown, Dec. 22, 2018, in Washington. (Associated Press)

The partial government shutdown, which began midnight Saturday after Washington failed to reach a deal for funding a border ball, stands to complicate matters. Initially predicted to last through year's end at worst, the shutdown now could continue into the new year, Mulvaney said in his other role as director of the Office of Management and Budget (OMB).

Mulvaney blamed Washington's inability to negotiate a spending package, including funding for a border wall, on House Speaker-designate Nancy Pelosi, whom he claimed was deliberately stalling negotiations, with the Democrats poised to take control of the House in January.

"I think there's an implication here for Nancy Pelosi's election for the speakership," Mulvaney said. "I think she's now in that unfortunate position of being beholden to her left wing, to where she cannot be seen as agreeing with the president on anything until after she's speaker."

Fox News' Gregg Re The Associated Press contributed to this report.