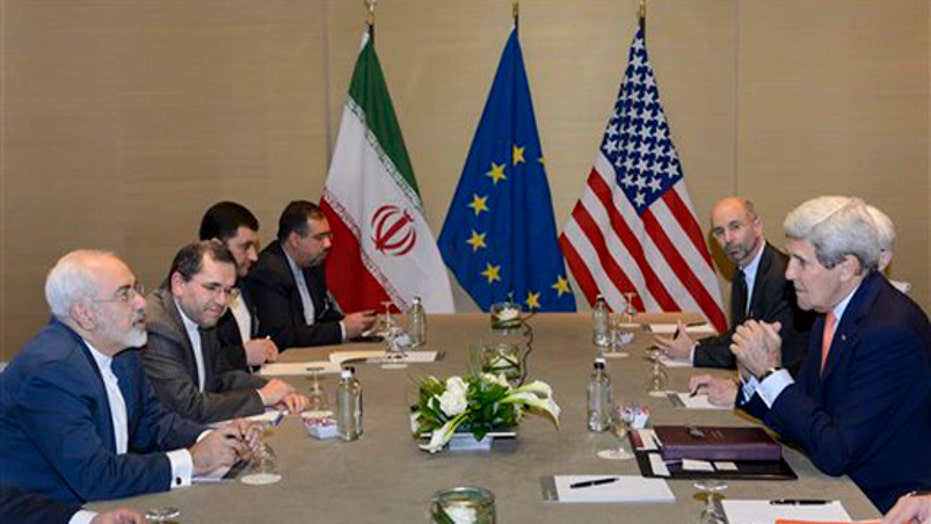 Can sanctions really be reimposed if Iran cheats?

A former top military intelligence official under President Obama on Wednesday blasted the administration's pursuit of a nuclear deal with Iran, calling it a "placeholder" based on "wishful thinking."

Retired Lt. Gen. Michael Flynn, former head of the Defense Intelligence Agency, delivered pointed and detailed criticism of the Iran deal framework -- as well as the U.S. response to the violence in Iraq and Syria.

"It is clear that the nuclear deal is not a permanent fix but merely a placeholder," he told a House Foreign Affairs subcommittee.

In written and delivered testimony, he said the 10-year timeframe on parts of the deal "only [makes] sense" if the U.S. thinks a "wider reconciliation" with Iran is possible. He called this "wishful thinking," adding that "regime change" is the best way to stop Iran's nuclear weapons program.

Flynn also asserted that Iran has "every intention" of building a nuclear weapon, and their desire to destroy Israel is "very real."

"Iran has not once (not once) contributed to the greater good of the security of the region," he said, noting their fighters "killed or maimed thousands of Americans and Iraqis" in Iraq.

The administration is working alongside five other world powers to try and strike a nuclear deal -- which would aim to curb Tehran's nuclear program in exchange for sanctions relief -- by the end of the month. But Flynn said Iran already has made it clear they will put limits on inspections, making for "incomplete verification." Plus he said it's "unreasonable" to believe international sanctions could be resumed once lifted.

He also echoed concerns of some other analysts in saying the "perceived acceptance" of Iran's program will likely "touch off a dangerous domino effect in the region" as Saudi Arabia and other nations seek nuclear capability.

As for the rising threat posed by the Islamic State in Iraq and Syria, Flynn voiced concern that the U.S. is not keeping up with the crisis. He said there is "absolutely no end in sight," and "no clear U.S. policy" for dealing with it.