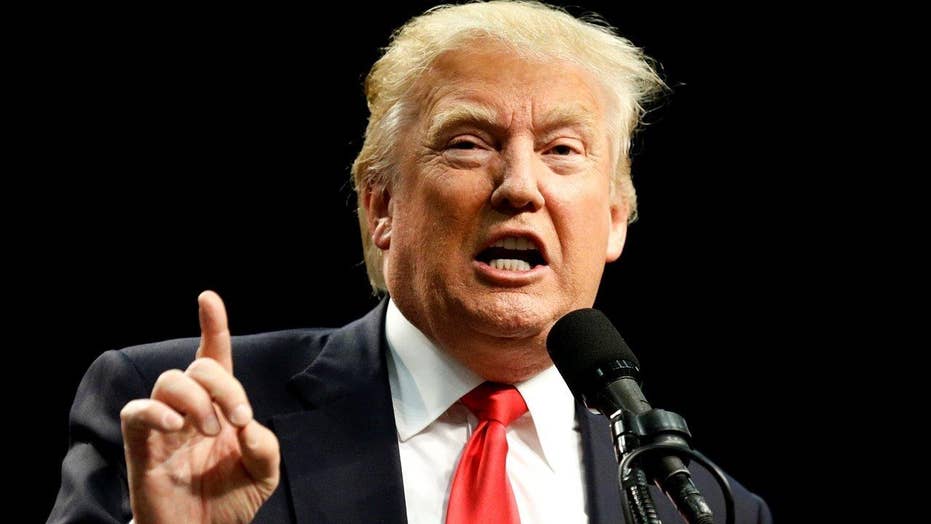 Trump urges supporters to join in attacks on federal judge

The first member of Congress to receive an endorsement from Donald Trump is fighting for her political life on Tuesday, as she faces powerful and well-funded conservative groups determined to oust her.

The candidates are facing off after federal judges in February struck down two congressional district boundaries as illegal racial gerrymanders. Consequently the state legislature redrew parts of all districts and delayed the March 15 primary.

No matter who wins Tuesday, at least one incumbent member of Congress will be out of a job.

Ellmers is hoping the endorsement from Trump can help swing the race in her favor against Holding, who is frequently cast as more conservative.

“Renee was the first congresswoman to endorse me and she really was terrific, and boy is she a fighter,” Trump said in a robocall to voters.

But the impact of Trump remains unknown for the candidate who once was a Tea Party darling, elected in the conservative wave that swept Congress in the 2010 midterms.

She joined the conservative Americans for Prosperity on the “Hands off my Healthcare” tour in 2009 and 2010 in opposition to ObamaCare, a spokesman for the group told FoxNews.com. In 2010, she also picked up the endorsement of Tea Party icon and former Alaska Gov. Sarah Palin.

That’s all in the past. Now, outside conservative groups are pumping in resources to defeat her.

Americans for Prosperity, the Club for Growth and American Foundations Committee have spent well over $1 million opposing Ellmers, accusing her of not being conservative on fiscal issues and failing to challenge President Obama's administration.

“The final straw was her support of the Import-Export Bank,” Donald Bryson, North Carolina state director for Americans for Prosperity, told FoxNews.com.

Her support for a number of spending bills and subsidies have provoked conservative ire. Ellmers also faces opposition from pro-life groups unhappy at her after she temporarily halted and forced changes last year to a House bill that would ban abortions after 20 weeks

Ellmers said last week she was not going to be controlled by special interest groups.

"I absolutely refuse to feel the pressure they put on other members to vote the way they want them to vote. I don't care about the scorecards that they keep,” she said, according to The News and Observer.

“I am proud to be the first member of Congress to have received an endorsement from the Republican nominee and soon-to-be president Donald Trump,” she told FoxNews.com in a statement.

Ellmers also said Washington "is in desperate need of leaders who aren't beholden to the establishment 'good ole boys' and who aren't afraid to roll up their sleeves and get to work for the American people."

An aide to Holding argued Trump’s backing won’t change the incumbent’s record on the issues.

Bryson said he is unsure how much the Trump backing will affect Ellmers, especially considering it came so late in the process.

He noted that their campaign, focused on opposing her instead of supporting her opponent, has been aggressive. The group says it has made more than 160,000 calls and has knocked on over 16,000 doors in the effort to oust Ellmers.

FoxNews.com’s Christopher Snyder and Adam Shaw and The Associated Press contributed to this report.