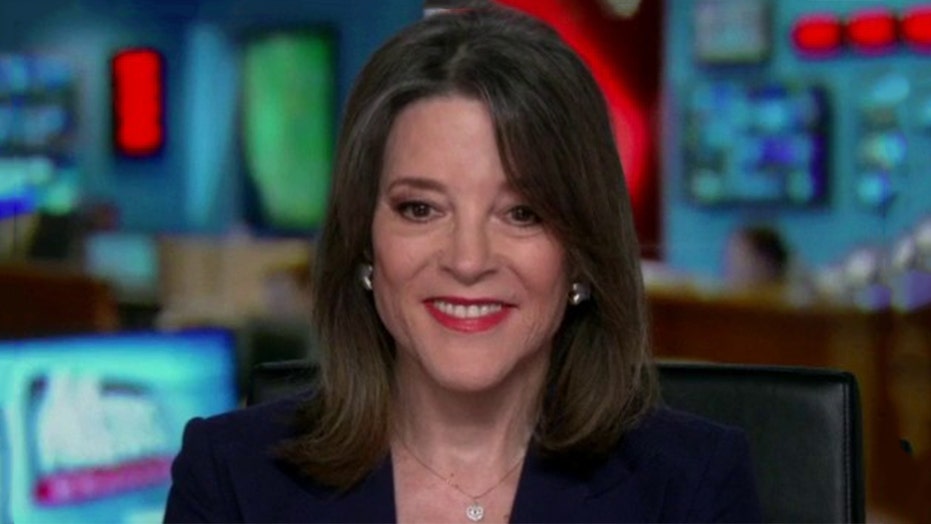 Former 2020 Democratic presidential candidate Marianne Williamson weighs in on political scrutiny when it comes to the remaining Democratic candidates.

In a video posted on Instagram over the weekend, the best-selling spiritual author and Democrat endorsed self-described democratic socialist candidate Shahid Buttar as she argued that Pelosi – the first female House speaker in American history -- deserved a strong challenge from the left.

Williamson emphasized that she respects Pelosi’s achievements, which she noted “have really paved the way in profound ways for women such as myself.”

But she explained that “we need to take a strong stand for the progressive vision that many of us feel is absolutely essential, not only for the future of our country but also for this next election. And as a consequence, I am now endorsing Shahid Buttar for the congressional seat in the San Francisco district where Nancy Pelosi now serves.”

Williamson -- a long-shot progressive candidate for the Democrats' presidential nomination -- ran an unconventional campaign before ending her bid a month before the Iowa caucuses. She preached the politics of love, proposing to create a Department of Children and Youths and a Department of Peace, and vigorously pushed for reparations for the descendants of African-American slaves. After dropping out of the race, she endorsed democratic socialist Sen. Bernie Sanders of Vermont.

THE LATEST FROM FOX NEWS ON THE 2020 HOUSE RACES

Pelosi, who was first elected to California’s solidly blue 25th Congressional District in 1987, hasn’t faced any serious electoral challenge in years. She grabbed 74 percent of the vote in the state’s non-partisan March 3 open primary, with Buttar coming in second with 13 percent. The top two finishers in the primary face off in November’s general election.

Williamson called Buttar “worthy of our support” and “a perfect challenger.”

“The Nancy Pelosis of this world – and I say this with all due respect for Nancy Pelosi – have got to hear us that we are serious. Have got to understand that yes, we on the left will challenge you.” Williamson stressed. “I think this is good for Nancy. It’s definitely taking a stand for something.”

She added, “Progressives can’t just be sidelined all the time. Or pandered to. Suppressed. It’s gotta stop. Let’s stop it now.”

Williamson also called herself “a life-long Democrat.” But, she ran as an independent in 2014 when she unsuccessfully challenged Rep. Ted Lieu in California’s 33rd Congressional District.