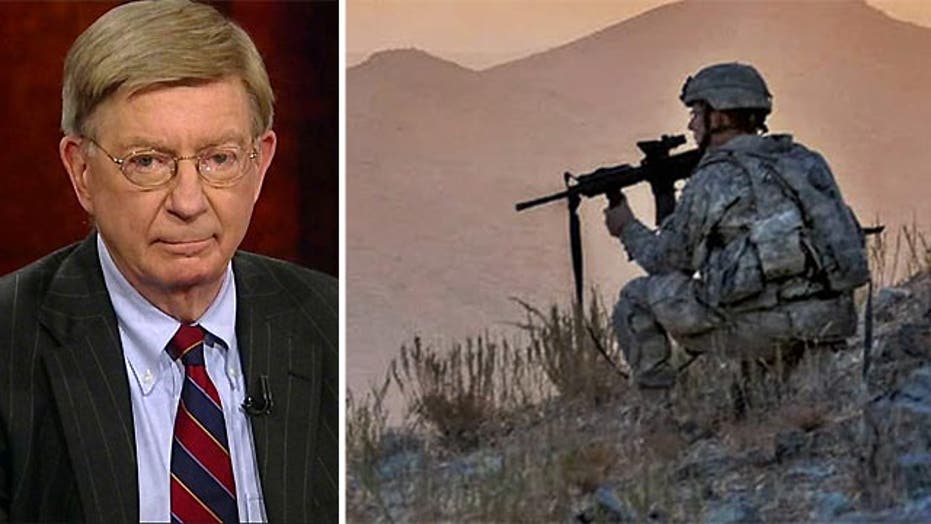 George Will on troops in Afghanistan

Syndicated columnist George Will said Wednesday on “Special Report with Bret Baier” that the American public would rejoice at a complete troop withdrawal in Afghanistan.

The American public would rejoice at a complete troop withdrawal from Afghanistan, George Will said Wednesday.

“It would clearly be very popular…I think there’s no question the American public would say zero, that’s about the right number,” the syndicated columnist and Fox News contributor said on “Special Report with Bret Baier.”

Will pointed out U.S. troops have been in Afghanistan twice as long as Americans fought in World War II, and said the American people have been “stupendously patient about this.”

He added that perhaps the patience stems from a lower death toll, adding, “The casualties have been less, so it hasn’t been a nagging irritant for the American public..it’s not the living room war that we had with Vietnam. We had nightly reminders (then) that Americans were in harm’s way.”