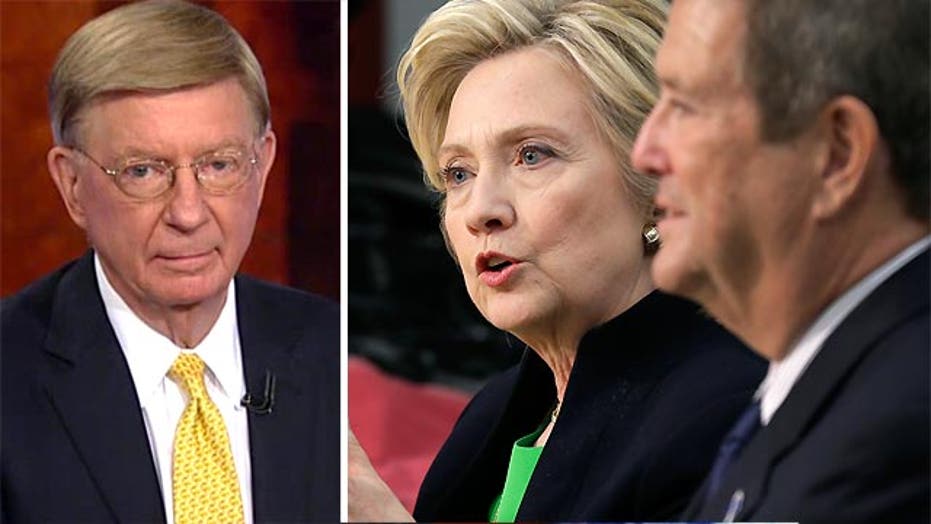 George Will: Clinton ideas “unbelievably past their sell by date”

Syndicated columnist George Will told viewers Tuesday on “Special Report with Bret Baier” that Hillary Clinton’s ideas “are so unbelievably past their sell by date.”

“She wants a twenty-third increase in the minimum wage since 1938, free community college, which means someone else to pay for it besides the people getting the education, and at the end of it all, inequality is what she’s going to stress,” Will said.

His words came hours after Clinton’s first 2016 official campaign event of in the crucial early caucus state of Iowa, where she spoke at Kirkwood Community College.

“We need to figure out in our country how to get back on the right track,” Clinton said at the event.

“I don’t think anyone has ever announced running for president that they want to change the Bill of Rights,” Will said.