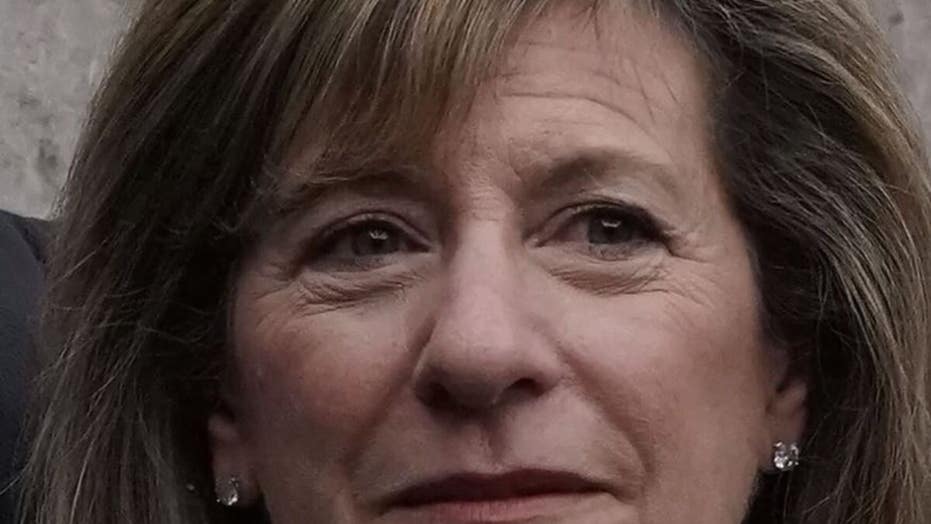 Former Trump adviser Roger Stone was sentenced Thursday to 40 months by U.S. District Judge Amy Berman Jackson, who has been involved in several high-profile cases since being appointed to the federal bench in 2011 by former President Barack Obama.

Jackson rejected requests by the Stone defense to delay or request a new trial.

She has been described by some as tough, fair and always prepared.

Here are more details about cases over which Judge Jackson has presided.

Jackson is presiding over the Roger Stone case, in which a jury found him guilty on all seven counts of obstruction, witness tampering and making false statements to Congress in connection with former Special Counsel Robert Mueller's Russia investigation.

Stone was charged with providing false statements to the House Intelligence Committee about communication involving WikiLeaks, obstructing a congressional investigation of Russian interference during the 2016 U.S. presidential election and witness tampering.

During the trial, Jackson barred Stone from speaking publically about the ongoing prosecution after a picture of her appeared on his Instagram with what appeared to be crosshairs on the background.

Stone blamed the decision -- which he reviewed -- on an unnamed volunteer and apologized, to which Jackson replied last February, "I have serious doubts about whether you learned anything at all."

"From this moment on, the defendant may not speak publicly about this case -- period," Jackson said. "No statements about the case on TV, radio, print reporters, or [the] internet. No posts on social media. [You] may not comment on the case through surrogates. You may send out emails about donating to the Roger Stone defense fund."

"This is not baseball. There will be no third chance. If you cannot abide by this, I will be forced to change your surroundings so you have no temptations," she added.

"This is not baseball. There will be no third chance. If you cannot abide by this, I will be forced to change your surroundings so you have no temptations."

Ahead of Thursday's hearing, Jackson was attacked by President Trump in a Feb 11 tweet. He also criticized prosecutors' recommendation that Stone should face seven to nine years in prison.

"Is this the Judge that put Paul Manafort in SOLITARY CONFINEMENT, something that not even mobster Al Capone had to endure? How did she treat Crooked Hillary Clinton? Just asking!" Trump wrote.

After his tweets, the Justice Department announced in a surprising decision it was revising the federal sentencing guidelines of term length. Several prosecutors quit and Trump was accused of interfering in the process, which he denied.

Fox News contributor Andrew McCarthy said Jackson can impose whatever sentence she feels is appropriate, regardless of how Trump or Attorney General Bill Barr feel about the case. But McCarthy wrote recently that "the Stone prosecution is more politics than law enforcement. It was the Mueller probe’s last gasp at pretending there might be something to the Russia-collusion narrative."

Jackson sentenced former Trump campaign chairman Paul Manafort to nearly seven years in prison last March in connection with his guilty plea related to foreign lobbying and witness tampering. She ordered a term of 73 months to be added to a 47-month sentence given earlier on bank and tax fraud charges in a separate case by Virginia Judge T.S. Ellis.

“This defendant is not public enemy number one, but he is not a victim either,” Jackson said last March during Manafort's sentencing and prior to his charges being dismissed. “The question of whether there was any collusion with Russia ... was not presented in this case, period, therefore it was not resolved by this case.”

In 2018, Manafort agreed to cooperate with prosecutors, pleading guilty to two felony conspiracy charges in relation to his lobbying work with Ukraine.

"The Office of Special Counsel (OSC) made its determination that the defendant made false statements and thereby breached the plea agreement in good faith," Jackson wrote. "Therefore, the Office of Special Counsel is no longer bound by its obligations under the plea agreement, including its promise to support a reduction of the offense level in the calculation of the U.S. Sentencing Guidelines for acceptance of responsibility."

Jackson grilled Mueller's team during the probe on whether Manafort lied to investigators before her eventual ruling.

"So, I'm trying to figure out what the importance is of his ongoing work for a potential candidate in the Ukraine at that time is, and the importance of any lies about that, or lies about Konstantin Kilimnik's [who has ties to Russian intelligence] knowledge about that," Jackson said.

She appreciated Manafort's attendance in court last February after denying his attempt to skip the hearing due to what he described were health reasons.

"I believe it was very helpful, very useful and very important for you to have been here, Mr. Manafort," Jackson said. "I know that we've had hearings where counsel sought to minimize the burden on you and not have you be here, but this is about you, it's not about them. And I think it's very important that they have you available to ask questions to."

The judge sentenced former Rep. Jesse Jackson Jr. to 2-1/2 years in prison back in 2013 after he was convicted of spending $750,000 in campaign funds on personal items -- such as a gold watch, cigars and mounted elk heads.

During the case, she said that if she had given him no prison time it would have suggested there was one system for the well-connected and one for everyone else.

"I cannot do it. I will not do it," she said, adding that as a public official, Jackson Jr. was expected to "live up to a higher standard of ethics and integrity."

Jackson tossed out a wrongful-death lawsuit against Hillary Clinton in 2017 by the parents of two Americans who were among those killed in a terror attack against a diplomatic compound in Benghazi, Libya. The lawsuit alleged that Clinton's use of the private email server caused their deaths.

WHAT HAPPENED DURING AND AFTER THE BENGHAZI ATTACK IN 2012

The ruling was based on the Westfall Act, which gives federal employees immunity from tort claims arising out of acts made during the course of their official duties.

“Her actions – communicating with other State Department personnel and advisers about the official business of the department – fall squarely within the scope of her duty to run the Department and conduct the foreign affairs of the nation as Secretary of State,” Jackson wrote.

Jackson ruled the parents didn't sufficiency challenge that Clinton wasn't acting in her official capacity when she used the email server.

"The untimely death of plaintiffs' sons is tragic, and the Court does not mean to minimize the unspeakable loss that plaintiffs have suffered in any way," Jackson wrote in a 29-page opinion.

Fox News' Brooke Singman, Gregg Re and the Associated Press contributed to this report.