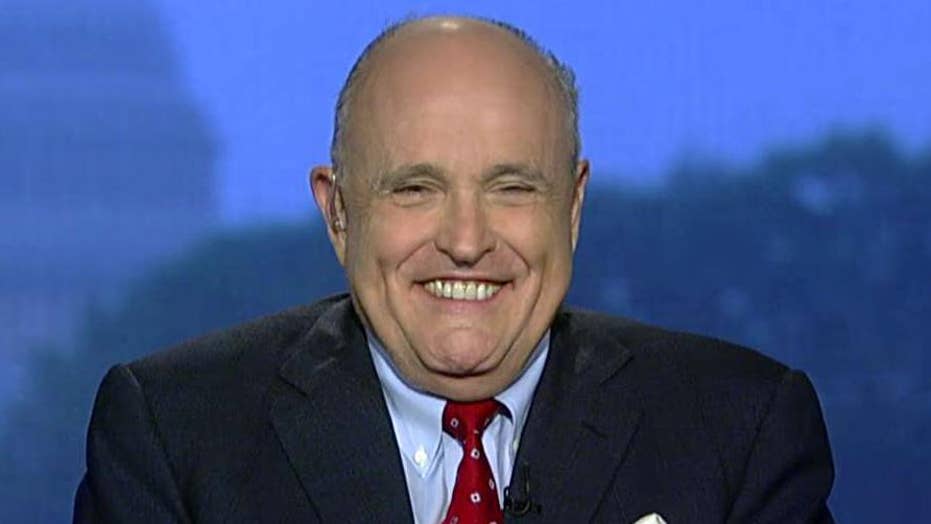 Giuliani: President Trump wants to give his side of the case

On 'Fox & Friends,' President Trump's attorney says the Russia investigation should be thrown out.

The White House is reportedly seeking a briefing on the information that lawmakers received Thursday regarding classified documents related to Special Counsel Robert Mueller's investigation into Russian meddling in the 2016 presidential election.

Rudy Giuliani, one of Trump’s attorneys, told the Associated Press on Friday that the White House hopes to receive a handout of the information next week, specifically in relation to a government informant who reportedly approached members of the Trump campaign in a possible attempt to gather intelligence on Russia’s efforts to influence the election.

Giuliani said that if the alleged spying turns out to have been “inappropriate,” then “we may have an entirely illegitimate investigation,” referring to the Mueller probe.

"(W)e may have an entirely illegitimate investigation.”

He then invoked the material compiled by former FBI Director James Comey before he was fired.

"Coupled with Comey's illegally leaked memos, this means the whole thing was a mistake and should never have happened," Giuliani said. "We'd urge the Justice Department to re-evaluate, to acknowledge they made a mistake. It's a waste of $20 million of the taxpayers' money. The whole thing is already a waste of money."

President Donald Trump’s legal team may take what they learn to the Justice Department in hopes of stymieing the ongoing special counsel probe.

Trump has dubbed the reported informant digging around during his presidential campaign as a “spy,” and said “it could be one of the biggest political scandals in history!” 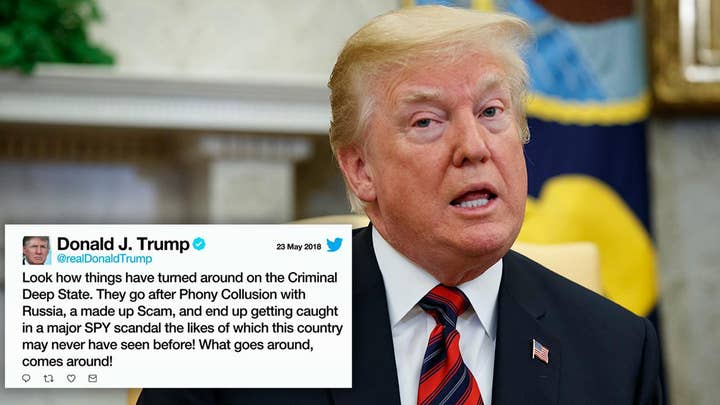 The president has also made unproven claims of FBI misconduct and political bias.

Comey has stood by his decision to share details from one of his memos with a friend in hopes of getting it to the news media, and contends he has done nothing wrong.

If Giuliani files any complaints, they would presumably fall on the desk of Deputy Attorney General Rod Rosenstein, who appointed Mueller last year following Comey’s ousting. Rosenstein was also present for Thursday's briefings.

The FBI and Justice Department on Thursday held a pair of high-level briefings for lawmakers in an effort to ease Republican pressure over the Russia investigation, amid Trump’s outcry over revelations that a confidential informant made contact with several of his advisers during the 2016 campaign.

"What motivated putting him in? What sort of information were they seeking from him? What did they get?" Giuliani asked Friday. "They clearly did not get incriminating information or we'd have found out about it by now. And why did they hide it for so long? There's a big concealment that went on here for over a year since the president said he had been surveilled."

"What did they get? They clearly did not get incriminating information or we'd have found out about it by now."

So far, 19 people, including Trump's former campaign chairman and former national security adviser, have been charged in Mueller's investigation. Three former Trump aides have pleaded guilty and are cooperating with the investigation.

Following the meetings -- which were initially offered to Republicans, but expanded to include an afternoon session for bipartisan members of Congress -- Democrats claimed they saw no evidence to believe that the FBI acted inappropriately.

U.S. Sen. Lindsey Graham, R-S.C., was not in the meetings but, in a radio interview Friday, broke with the president to say a "confidential informant is not a spy," though he cautioned about investigations into campaigns. 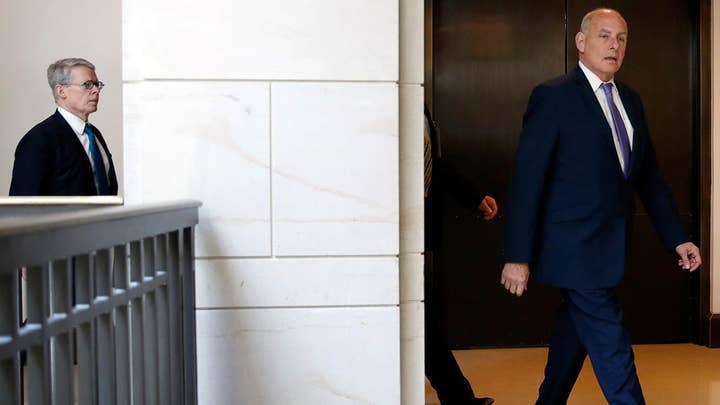 The presence of a White House lawyer, Emmet Flood, and White House Chief of Staff John Kelly, alarmed Democrats at the briefing over concerns the officials would share information from the meetings for Trump’s legal advantage. But Director of National Intelligence Dan Coats said both left “as planned before the substantive portion of the meeting began,” and "were there to relay the president's desire for as much openness as possible under the law.”

Giuliani said it would be appropriate for Trump to be briefed on the findings.

"He's not the subject or target of that investigation. He should know what is discussed," said Giuliani, a former mayor of New York City and a former federal prosecutor. "Moreover, I assume President Obama knew about it. And if Obama knew about it, why can't Trump?"

Giuliani also said the president would wait to decide on whether to sit down for an interview with Mueller until after they have seen a report on the briefings.

The White House has yet to provide any evidence to support Trump’s claim that President Barack Obama's administration was trying to spy on his 2016 campaign for political reasons – and it remained unclear whether any spying took place.

Late Sunday, the DOJ asked its watchdog to investigate whether there was inappropriate surveillance.

"If anyone did infiltrate or surveil participants in a presidential campaign for inappropriate purposes, we need to know about it and take appropriate action," Rosenstein said in a statement announcing the move.