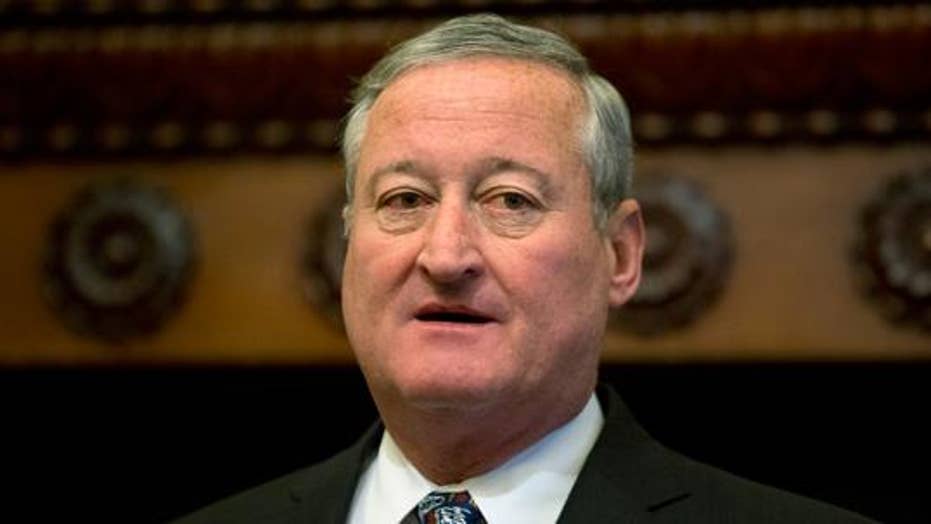 The White House on Thursday slammed the mayor of Philadelphia’s “disgusting” celebratory dance after a court ruled in favor of the city in a fight with the Trump administration on its sanctuary city status.

U.S. District Judge Michael Baylson ruled Wednesday that the Trump administration cannot cut off grants to the city over policies limiting cooperation with federal immigration authorities. Baylson said the conditions the administration placed on the city were unconstitutional, “arbitrary and capricious.”

The White House was not impressed and drew attention to the crimes committed by criminal illegal immigrants who have been protected by sanctuary policies.

“Many people in Philadelphia have been killed, raped or assaulted at the hands of criminal illegal aliens,” White House spokesman Hogan Gidley told Fox News. “It’s disgusting the mayor would dance in celebration of a lawless decision that allows these dangerous criminals to roam free in Philadelphia communities and prey on innocent families and children.”

The city has said it will turn over illegal immigrants to Immigration and Customs Enforcement only if the agency has a warrant signed by a judge.