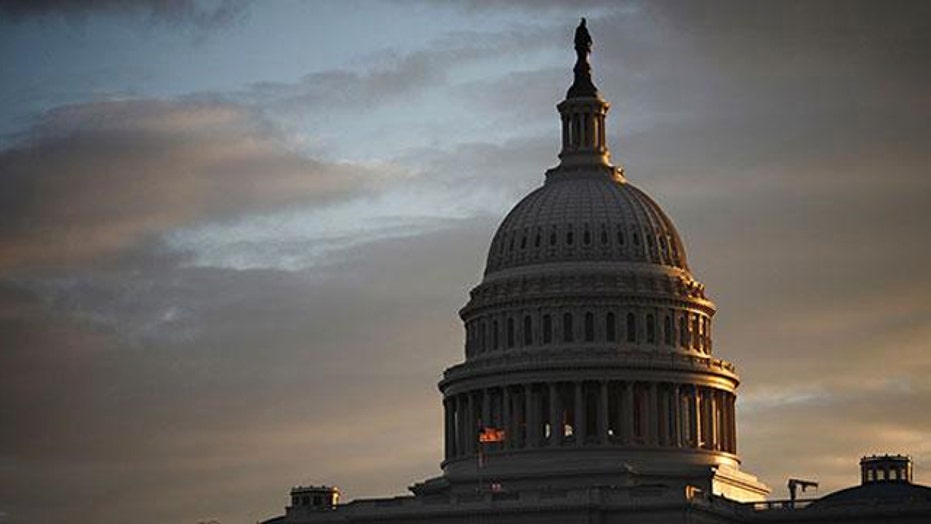 US businesses brace for flood of new government regulations

While Americans are focused on what delicious foods they’re going to eat for Thanksgiving, the White House is focused on releasing its massive regulatory agenda– marking the fifth time the Obama administration has released its regulatory road map on the eve of a major holiday.

The federal Unified Agenda is the Obama administration’s regulatory road map, and it lays out thousands of regulations being finalized in the coming months. Under President Barack Obama, there has been a tradition of releasing the agenda late on Friday– and right before a major holiday.

“It’s become an unfortunate tradition of this administration and others to drop these regulatory agendas late on a Friday and right before a holiday,” Matt Shudtz, executive director of the Center for Progressive Reform, told The Hill newspaper.

The White House’s regulatory agenda for spring 2014 was released on the eve of the Memorial Day weekend, when millions of people set out on weekend getaways or family vacations.

“It’s unfortunate because it’s an update on protections for Americans of all stripes,” Shudtz told the Hill. “It lays out the administration’s plan and it deserves more attention.”

But the White House may have a good reason to do so because its Unified Agenda for fall 2014 includes some 3,415 regulations– more than the last regulatory agenda, and one that includes 189 rules that cost more than $100 million.

One of the most contentious rules is the Environmental Protection Agency rules to limit greenhouse gas emissions from new and existing power plants. According to the agenda, these rules will be finalized in 2015.

They have been criticized by Republicans and the coal industry for accelerating the demise of coal-fired power and for setting the stage for increases in electricity prices. Republicans, who are set to take control of the Senate next year, have vowed to fight EPA regulations.

“The president said his policies were on the ballot, and the American people spoke up against them,” said incoming Senate Majority Leader Mitch McConnell, a Kentucky Republican. “It’s time for more listening, and less job-destroying red tape. Easing the burden already created by EPA regulations will continue to be a priority for me in the new Congress.”

But environmental groups and the EPA argue the rule will actually help lower utility bills and help fight global warming.

“The good news is that we can afford to tackle the growing threat of climate change and, really, we can’t afford not to,” said Starla Yeh, a policy analyst at the Natural Resources Defense Council. “Doing the right thing will save money even as we protect our health, our communities and future generations.”

A more pressing EPA rule set to be finalized is the so-called coal ash rule for coal-fired power plants. A final rule will be issued by Dec. 19, and could be bad news for the power sector, which will bear the brunt of $20.3 billion in compliance costs.

But probably the most fought-over rules to be finalized by the EPA next year will be its redefining of the “Waters of the United States” under the Clean Water Act. The EPA will issue its redefinition next year, according to the agenda.

Federal lawmakers from both parties, along with companies from virtually every sector of the economy, have opposed the rule, saying it greatly expands the EPA’s power to regulate even small bodies of water on private property.

“The ‘waters of the U.S.’ rule may be one of the most significant private property grabs in U.S. history,” said Louisiana Republican Sen. David Vitter, adding “they want to take another step toward outright permitting authority over virtually any wet area in the country, while at the same time providing a new tool for environmental groups to sue private property owners.”

But the EPA says the rule is needed to clear up uncertainty over the EPA’s jurisdiction in the wake of two Supreme Court rulings. The EPA says “the decisions established important considerations for how those regulations should be interpreted” and that “[e]xperience implementing the regulations following the two court cases has identified several areas that could benefit from additional clarification through rulemaking.”