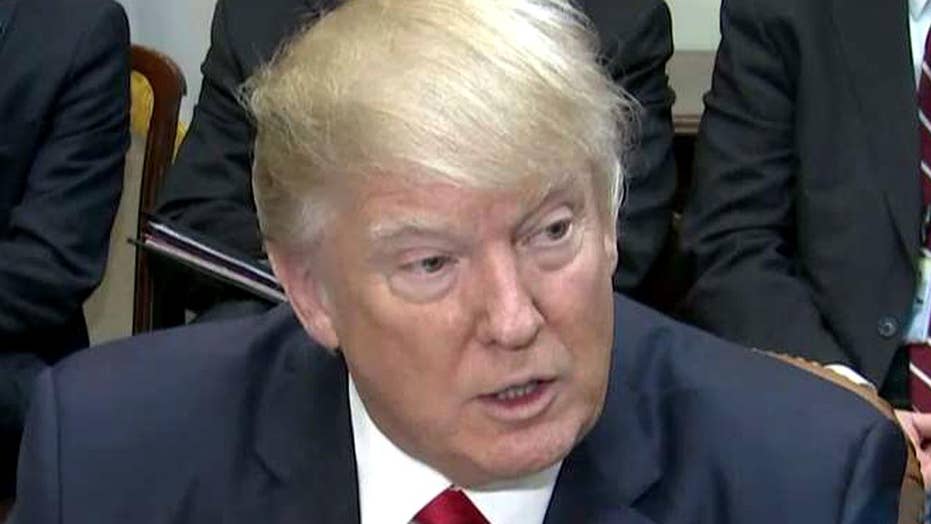 The White House has drafted a notice that would signal the United States' intent to withdraw from NAFTA, Fox News has learned -- a precautionary move made as the administration considers whether to leave the trade pact.

The notification has not been submitted to Mexico or Canada, and it's possible the White House might not ever submit it.

However, a senior White House official told Fox News the process is unfolding and is coming soon.

“NAFTA as we know it is going to change," a senior White House official said. "That’s not a relationship we can keep up.”

Under the NAFTA terms, any party may withdraw "six months after it provides written notice of withdrawal to the other Parties."

Earlier this week, the Trump administration levied a tariff on imports of softwood lumber from Canada amid a broader trade dispute.

Trump has been consistent in his attack on the North American Free Trade Agreement. During the campaign season he frequently criticized it and called it the “single worst trade deal ever approved in this country.”

Three days after his inauguration in January, reports surfaced that the president was looking to renegotiate NAFTA. No formal announcements have since been made -- though Trump signed an order to pull the U.S. out of the Trans-Pacific Partnership trade deal.

Last week, Trump upped his rhetoric over Canada’s trade policies, calling its dairy protections “unfair.” He has at various times vowed to pull out of the U.S., Mexico and Canada trade pact if he cannot negotiate better terms for the United States.

The Canadian government counters that its policies are not hurting U.S. dairy farmers – and that the country “upholds our international trade obligations” and has not changed its policies.