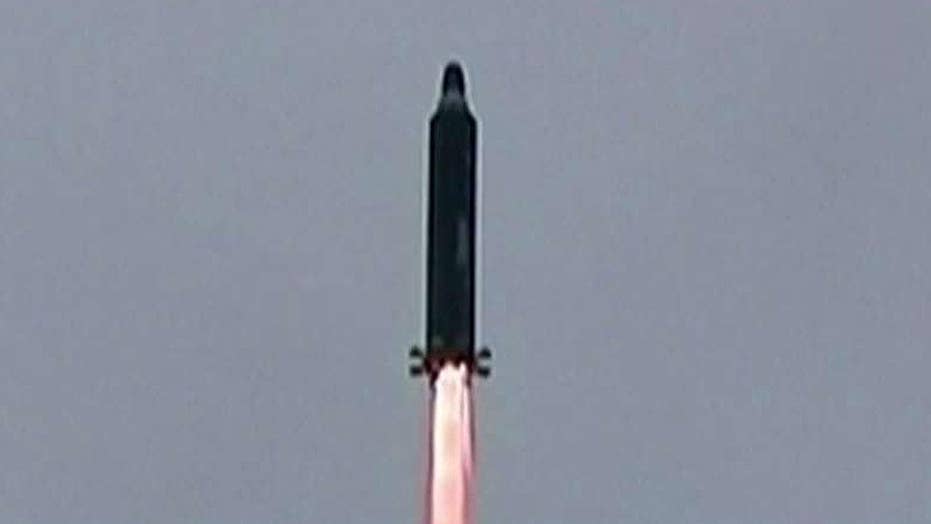 The White House responded to the latest North Korean ballistic missile launch late Saturday, saying that the rogue regime has been a “flagrant menace for far too long.”

The White House said the U.S. maintains its "ironclad commitment" to stand with its allies in the face of the serious threat posed by North Korea, and added that the latest "provocation" should serve as a call for all nations to implement far stronger sanctions against the North.

The Pentagon confirmed that North Korea launched some type of ballistic missile at around 10:30 a.m. Hawaii time. It was launched near Kusung and landed in the Sea of Japan.

The North American Aerospace Defense Command (NORAD) determined the missile launch from North Korea did not pose a threat to North America.

The launch is the first in two weeks since the last attempt to fire a missile ended in a failure just minutes into flight.

The isolated regime attempted but failed to test-launch ballistic missiles four consecutive times in the past two months but has conducted a variety of missile testing since the beginning of last year at fast pace.

Trump warned in an interview with Reuters in late April that a "major, major conflict" with the North was possible, but he would prefer a diplomatic outcome to the dispute over its nuclear and missile programs.

The launch is the first since a new liberal president took office in South Korea on Wednesday, saying dialog as well as pressure must be used to ease tensions on the Korean peninsula and stop the North's weapons pursuit.