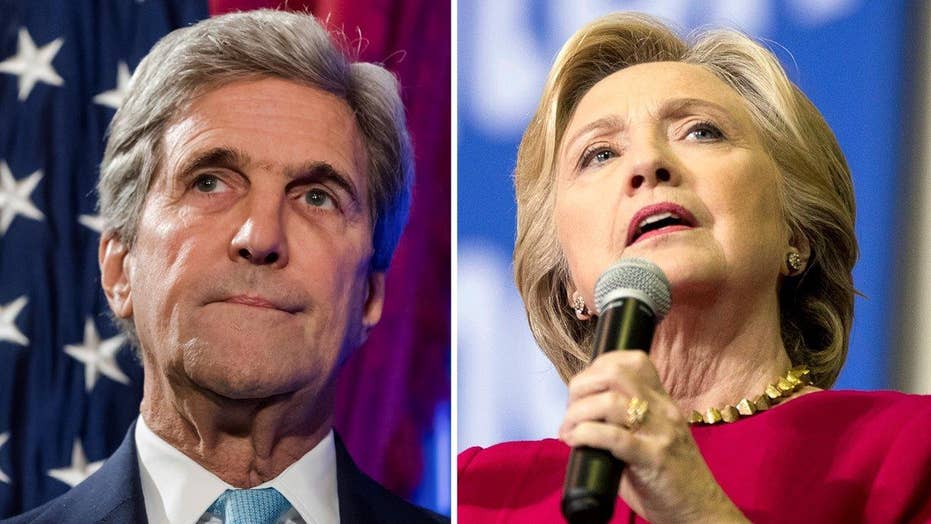 Their discussion included a request from the White House communications director to her counterpart at the State Department to see if it was possible to arrange for Secretary of State John Kerry to avoid questions during media appearances about Mrs. Clinton’s email arrangement.

The previously unreported emails were obtained by the Republican National Committee as part of a Freedom of Information Act lawsuit seeking records of Mrs. Clinton’s time in office. The RNC provided to The Wall Street Journal only some of the emails, leaving it unclear what was in the remaining documents. The RNC said it released only emails relevant to the communication between the White House and State Department.

Meredith McGehee, chief of policy, programs, and strategy at the nonpartisan advocacy group Issue One and an expert on ethics and campaign finance, said the email exchange would probably raise no legal concerns because federal law permits members of the White House staff to engage in some political activity.

Mrs. Clinton’s email arrangement has dogged her campaign for months, with Republicans and other critics saying it shows a carelessness with government secrets and undermines her claim to good judgment. Donald Trump’s campaign posted a statement on his website last month saying the Obama White House knew Mrs. Clinton was using a private email server.

Mrs. Clinton has acknowledged the arrangement was a mistake, but she has rejected the notion that national secrets were placed at risk. Her campaign didn’t respond to a request for comment about the new email disclosures.

The emails highlight the revolving door between the State Department, the White House and the Clinton campaign in early 2015 as Mrs. Clinton geared up to run for president.