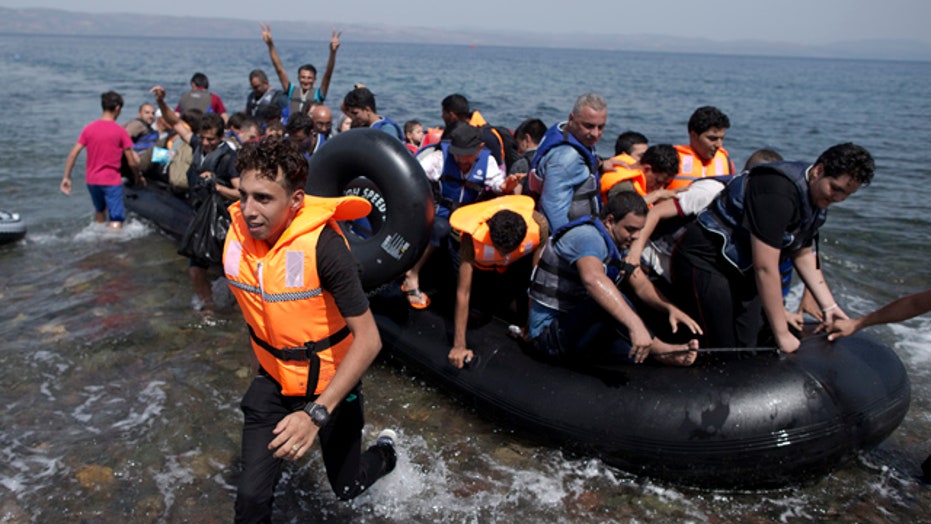 How can US help refugees without ISIS taking advantage?

The Obama administration is "actively considering" options for addressing the global refugee crisis, including the possibility of "refugee resettlement," the White House said Tuesday.

Without going into specifics, White House officials said the State Department is leading a "reconsideration" of how best to deal with the flood of refugees into Europe and elsewhere.

"There is no denying that the situation that many of our European partners are confronting right now is a significant one," Press Secretary Josh Earnest said. National Security Council spokesman Peter Boogaard also said the administration is in "regular contact" with countries in the Middle East and Europe grappling with the influx of more than 340,000 people from the Middle East, Africa and Asia.

"The Administration is actively considering a range of approaches to be more responsive to the global refugee crisis, including with regard to refugee resettlement," he said in a statement.

The comments come as the U.S. government faces rising international pressure to accept more refugees, many of whom are fleeing the civil war in Syria and areas in Iraq under the control of Islamic State militants.

Countries like Jordan and Turkey have absorbed the bulk of the refugees, and European countries are now facing a huge influx. The U.S. so far has accepted a limited number of Syria refugees -- a State Department spokesman last week said they likely would admit up to 1,800 refugees for permanent resettlement by the end of the fiscal year.

Without issuing any new estimates for refugee resettlement, White House officials on Tuesday stressed that the U.S. has provided over $4 billion in humanitarian assistance since the Syrian crisis began, and over $1 billion in assistance this year.

Any consideration of allowing more refugees into the United States, though, will be accompanied by concerns in Washington about security.

Presidential candidate Sen. Ted Cruz, R-Texas, said in a statement Tuesday that "it doesn't make sense from a logistical or a security standpoint to move large numbers of them to far-off countries like the United States."

"Ultimately, we need to address the cause of this crisis or we will just have more and more migrants displaced," he said.

Earnest acknowledged Tuesday that safety and security would be taken into account in any resettlement effort.

The U.S. has sometimes expedited resettlement, as it did in 1975, when it helped tens of thousands of refugees from South Vietnam and other nearby areas settle in the United States after the fall of Saigon.

But for fiscal year 2015, which began Oct. 1, the U.S. government authorized 70,000 refugees to be resettled in the United States. The cap is set by the White House, which works with Congress and takes into account funding and the potential social and economic impact of refugees in the country.