The White House on Tuesday rebuked CNN for a widely challenged report claiming the CIA had pulled a high-level spy out of Russia after President Trump “mishandled” classified material – saying the report is wrong and could put lives at risk.

But both the White House and the CIA slammed the reporting, with the latter calling the reporting "misguided" and "simply false."

The New York Times also published a piece late in the evening, which largely contradicted CNN's story. According to the Times, CIA officials "made the arduous decision in late 2016 to offer to extract the source from Russia" — weeks before Trump took office.

Concerns about media reporting on Russian election interference drove the decision, according to the Times, which described the source as "the American government’s best insight into the thinking of and orders” from Russian President Vladimir Putin. 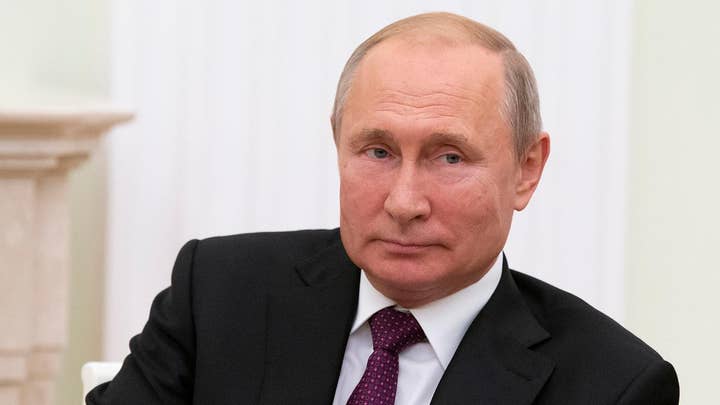 "Former intelligence officials said there was no public evidence that Mr. Trump directly endangered the source, and other current American officials insisted that media scrutiny of the agency’s sources alone was the impetus for the extraction," the Times wrote.

The purported spy refused the 2016 offer of extraction, the Times reported, citing family concerns. But the CIA "pressed again months later after more media inquiries" threatened the source, and he relented, according to the paper. Fox News has confirmed the 2017 extraction.

The whirlwind developments continued into the night on Monday, when NBC News reported that a possible Russia spy was now living under apparent U.S. protection in the Washington, D.C., area — and that his life could be in danger. Sources told NBC News that the Russian was the same individual who was referenced in the reporting by CNN and the Times.

But the CIA called the original backstory, as reported by CNN, wrong.

"CNN's narrative that the Central Intelligence Agency makes life-or-death decisions based on anything other than objective analysis and sound collection is simply false," CIA Director for Public Affairs Brittany Bramell said in the agency's statement.

Bramwell continued: "Misguided speculation that the President's handling of our nation's most sensitive intelligence — which he has access to each and every day — drove an alleged exfiltration operation is inaccurate."

According to the report by CNN chief national correspondent and former Obama administration official Jim Sciutto, the decision to carry out the extraction "occurred soon after a May 2017 meeting in the Oval Office in which Trump discussed highly classified intelligence with Russian Foreign Minister Sergey Lavrov and then-Russian Ambassador to the U.S. Sergey Kislyak. The intelligence, concerning ISIS in Syria, had been provided by Israel."

Sciutto later posted on Twitter, after the Times report was published, that the double agent in jeopardy had the "remarkable ability to take photos of presidential documents," as well as "direct access" to Putin.

Other holes surfaced in CNN's reporting. Commentator Aaron Mate pointed out in a Twitter thread that several major news organizations had previously cited a high-level official in the Russian government as a source -- suggesting that the intelligence community itself, not Trump, had compromised the spy.

For example, The Washington Post reported in June 2017 of "'sourcing deep inside the Russian government' -- so deep that it purportedly 'captured Putin’s specific instructions' to launch a pro-Trump influence campaign," Mate noted.

Daniel Hoffman, a retired CIA station chief with deep expertise on Russia and a Fox News contributor, faulted the intelligence community for the information leaking out in the first place.

“Who is divulging this information and why are they doing it? That is not the way an intelligence officer should behave, even a retired one,” Hoffman said Tuesday. “It risks our sources and methods, and it risks those behind enemy lines.”

Hoffman said foreign government sources could now question whether to “trust” the U.S. government. “I am sick to my stomach reading about this,” he told Fox News. “If someone knows about this stuff, they should just keep their mouths shut.”