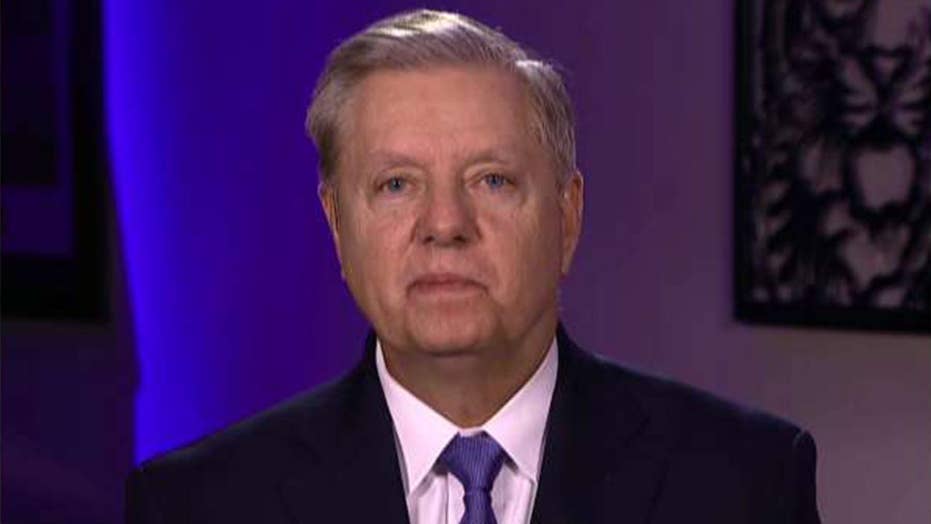 "CNN has just hired the alleged architect of a criminal conspiracy against the Trump campaign," Graham said. "So how much time and attention do you think they're going to get the Horowitz report when they hired the guy that Horowitz is investigating?"

Earlier this week, federal prosecutors appeared to be close to a decision on whether to charge McCabe over the circumstances that led to his firing from the bureau last year.

Graham reiterated that CNN's coverage of the upcoming Horowitz report would likely be influenced by the network's decision to put McCabe on its payroll.

"How seriously do you think they're going to take the Horowitz investigation, which is really a shame?" Graham asked.

The senator also commented on whether former President Barack Obama or his administration were briefed on the DOJ's investigation into the Trump campaign.

"The bottom line is, who briefed President Obama, if anybody, about the counterintelligence investigation against the Trump campaign," Graham said.

"And finally, why did they not tell the Trump campaign that they had concerns about people working for him tied to Russia? That's what you're supposed to do in a counterintelligence investigation."