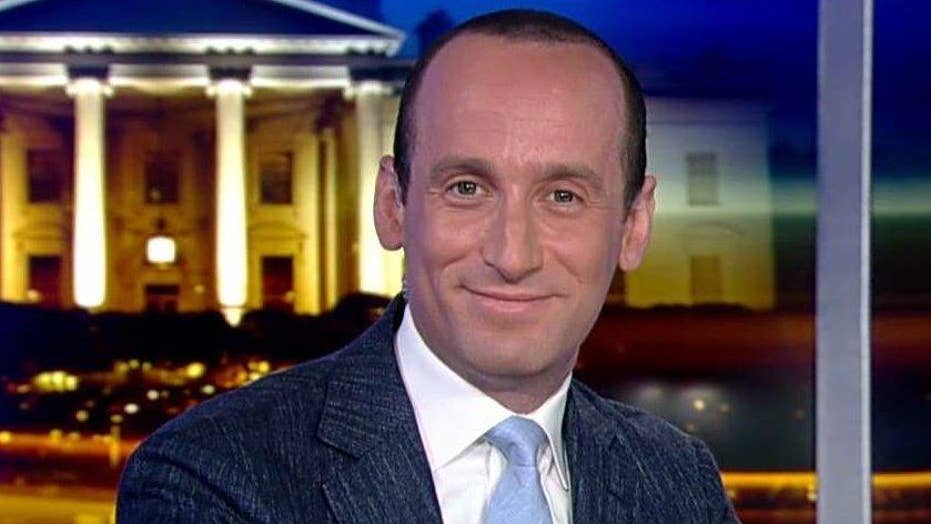 White House senior policy adviser sounds off on CNN's negative polls on Trump, his heated exchange with CNN's Jim Acosta, the administration's fight to get the RAISE Act and immigration policies passed and Trump as leader of the populist movement #Tucker

Last week, President Trump endorsed the Reforming American Immigration for a Strong Economy (RAISE) Act, legislation which aims to cut the number of green cards issued in half from 1 million to 500,000 a year.

“Right now I’m focused on trying to get more support, as much as we can, for the RAISE Act and the president’s other policy initiatives,” Miller said Tuesday night in an exclusive interview with Laura Ingraham on “Tucker Carlson Tonight.”

“There’s segments of the extreme media - I wouldn’t call it mainstream - because it’s extreme to want no borders. It’s extreme to want to have unlimited, cheap migration driving down working-class wages. These are extreme positions,” Miller continued. “And so, the extreme media is going to do whatever they can to tear down this president, but as long as the people stand for what they want and what they believe in, we’re going to keep winning.”

In the confrontation with CNN’s Jim Acosta during a White House press briefing on Aug. 2, Miller accused the reporter of suffering from a “cosmopolitan bias.” That comment came after Acosta asked if the bill’s preference for English speakers was geared so that the U.S. would limit its immigrants to those from Great Britain and Australia.

"I can honestly say I am shocked at your statement that you think only people from Great Britain and Australia would know English,” Miller stated. “It reveals your cosmopolitan bias to a shocking degree — this is an amazing moment.”

The two men also sparred over the meaning of "The New Colossus," the Emma Lazarus poem attached to the base of the Statue of Liberty -- before the tensions dissipated.

“The media’s gotten the president wrong, of course, since the day he announced and every day since, and he’s been right and they’ve been wrong,” Miller said on Tuesday while discussing the act.

“Well, it’s an American issue,” he said. “Bottom line is that Democrats support it, Independents support it and Republican voters support it. And, eventually, if an idea has support from a broad swath of the public, it’s only a question of time when it happens.”