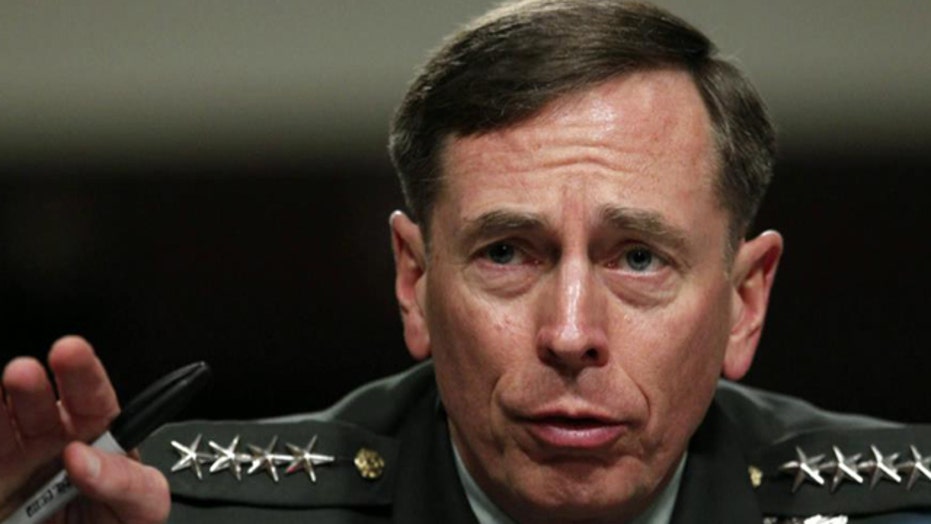 The White House appeared to confirm Monday that former CIA Director David Petraeus is advising the Obama administration on Islamic State issues -- even after he pleaded guilty two weeks earlier to giving classified material to his mistress.

Press Secretary Josh Earnest was asked at Monday's briefing about a Newsweek report saying Petraeus has been advising the National Security Council on Iraq and ISIS issues since last summer.

"Obviously, General Petraeus is somebody who served for a number of years in Iraq. He commanded a large number of American military personnel in that country," Earnest said. "Over that time, he developed strong relationships with some of his Iraqi counterparts and with some of Iraq's political leaders.

"He is, I think, legitimately regarded as an expert, when it comes to the security situation in Iraq. So I think it makes a lot of sense for senior administration officials to, on occasion, consult" with him, he said.

Asked if any security precautions are being taken given his legal situation, Earnest said: "Not that I'm aware of." An official told Newsweek that Petraeus no longer has his CIA security clearance.

Earlier this month, Petraeus entered a guilty plea on a single misdemeanor count of the unauthorized removal and retention of classified material.

The agreement was filed March 3 in federal court in Charlotte, N.C., where Paula Broadwell, the general's biographer and former mistress, lives with her husband and children.

Prosecutors recommended two years of probation and a $40,000 fine. However, the judge who hears the plea is not bound by that and could still impose a sentence of up to one year in prison. No immediate date was set for a court hearing for Petraeus to enter the plea.

This recommendation has raised accusations of a double standard.

By comparison, former CIA officer John Kiriakou pleaded guilty in 2012 to one count of intentionally disclosing the identity of a covert agent to a reporter and was sentenced to 30 months in prison. Then the CIA director, Petraeus hailed the conviction as a victory for the agency.

Prosecutors said that while Broadwell was writing her book in Washington in 2011, Petraeus gave her eight binders of classified material he had improperly kept from his time as the top military commander in Afghanistan. Days later, he took the binders back to his house.

Among the secret information contained in the "black books" were the identities of covert operatives, the coalition war strategy and notes about Petraeus' discussions with President Obama and the National Security Council, prosecutors said.

Those binders were later seized by the FBI in a search of Petraeus' Arlington, Virginia, home, where he had kept them in the unlocked drawer of a desk in a ground-floor study.