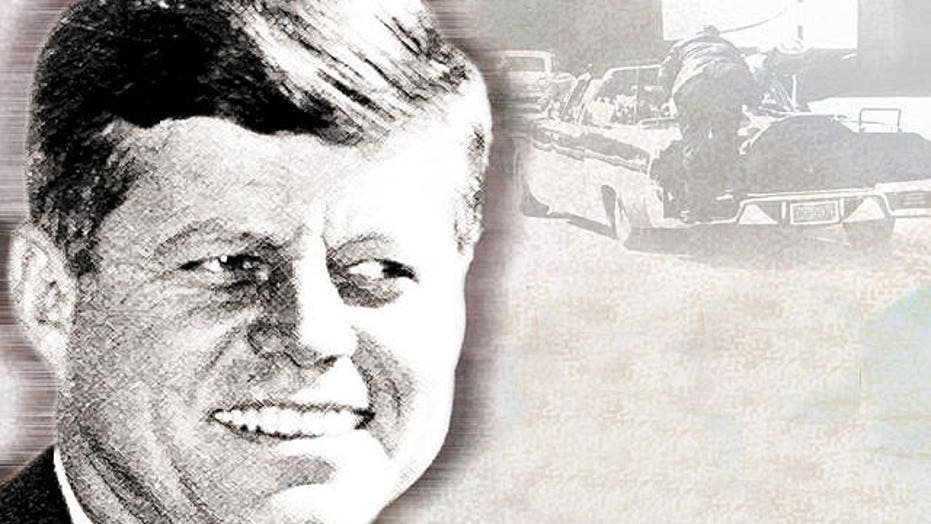 Fifty years after shots rang out in Dealey Plaza, killing a larger-than-life figure and abruptly ushering in what one historian has called “the decade of shocks” – from Dallas to Watergate – the federal agency that stood at the center of seemingly all the intrigues and conspiracy theories of that shadowy era is still holding onto an estimated 1,100 documents relating to the assassination of President John F. Kennedy.

The Central Intelligence Agency told Fox News this week through a spokesman that the National Archives now has custody over those tantalizing documents, along with a larger group of 90,000 or so pages of agency files on the assassination that have already been released.

Federal law mandates that all known records relating to the assassination will be released by 2017, unless any agency objects, in which case the Assassination Records and Review Board would consider the appeal; but the spokesman said the CIA as of now has no plans to pose any such objections.

Among the material that remains classified are the files of a number of long-deceased CIA officials who are believed by researchers to have had knowledge about the movements and actions of Lee Harvey Oswald, the president’s assassin, in the months before Dealey Plaza.

Some of these officials are also believed to have helped the CIA conceal this knowledge from the staff members of the two major official probes into the assassination: the Warren Commission, which concluded in its 1964 report that Oswald was the sole assassin; and the House Select Committee on Assassinations (HSCA), whose final report in 1979 determined that there was a “high probability” that two gunmen fired at the president that day.

One official who has drawn particular scrutiny by researchers is the late George Joannides, an undercover CIA officer who worked in Miami and New Orleans in the early 1960s.

Researchers say that on the evening of Nov. 22, 1963, Joannides was busy at work distributing materials to the news media that tied Oswald to pro-Castro groups, among other mysterious actions he took in the aftermath of the assassination. And when the HSCA reopened the Kennedy case in the late 1970s, Joannides was brought out of retirement to serve as the agency’s liaison to the committee. Researchers tend to agree that Joannides should more properly have appeared as a witness before HSCA.

While he believes that the evidence firmly establishes that Oswald killed President Kennedy, political scientist Larry Sabato, author of The Kennedy Half Century, does not rule out that the CIA could have played some role in the assassination – and he remains troubled by the agency’s conduct over the years.

“The fact that they appointed George Joannides to be the liaison between the CIA and the House Select Committee on Assassinations tells me that they consciously were determined to withhold information from this second major investigation of the Kennedy assassination,” Sabato told Fox News this week.

“[Joannides] never revealed the fact that he had a direct conflict of interest, that he had been involved in one of the organizations that could potentially have been guilty of involvement in the assassination of the president,” Sabato said. “Nor did he reveal his activities on November 22nd, 1963. In addition, he consistently refused to cooperate with staff members of the House Select Committee on Assassinations. He was trying to withhold information from them. He convinced the director of the [panel] that his young staff was pushing the CIA too hard, too unfairly; and so the director tended to pull them back.”

Former Washington Post editor Jefferson Morley has spent years researching the assassination – the last 10 of them locked in litigative combat with Langley. He moderates a website, JFKFacts.org, that keeps readers updated on Morley’s work, as well as other new trends and developments in assassination research. In Morley v. CIA, first filed in 2003 and still pending, with motions in the case filed just recently, the historian is seeking to pry open the Joannides papers before the 2017 date.

“That's what's striking about Joannides: both that he's well positioned to report on Oswald in 1963 and then fifteen years later is called out of retirement to deal with the congressional investigators,” Morley told Fox News, in an interview from Dealey Plaza on the anniversary of the assassination. “But he never discloses his own role in the events of 1963. I find that highly suspicious and I'm trying to clarify that. ... I mean, that was felonious behavior. He was obstructing Congress there. So you've got to wonder why was he doing that, and I think that's still a big question after fifty years.”

In studying “the possible relationship of Oswald to the CIA,” Sabato in his book posits that Langley withheld from investigators what it knew about the assassin, and when, because the CIA planned, or had already begun, to use the troubled 24-year-old ex-Marine as an asset of some kind. “The agency could have viewed Oswald as a malleable potential low-level operative with an unusual combination of background experiences and contacts,” Sabato writes.

But Peter Savodnik, author of The Interloper: Lee Harvey Oswald Inside the Soviet Union, a deeply researched new study of the assassin’s interior psychology, doubts there was any such relationship.

“These are, in the end, large government bureaucracies and they are shot through with inefficiencies and turf battles,” Savodnik said during an interview on “The Foxhole” on Nov. 21. “I can't explain why it is that there are certain pages that have been withheld. … He was on their so-called radar screen. But I don't think that that means anything more than exactly that. The idea that somehow he was somehow a puppet or a patsy or being controlled by larger forces mysteriously, clandestinely makes for nice theatre, but there's no truth behind it.”