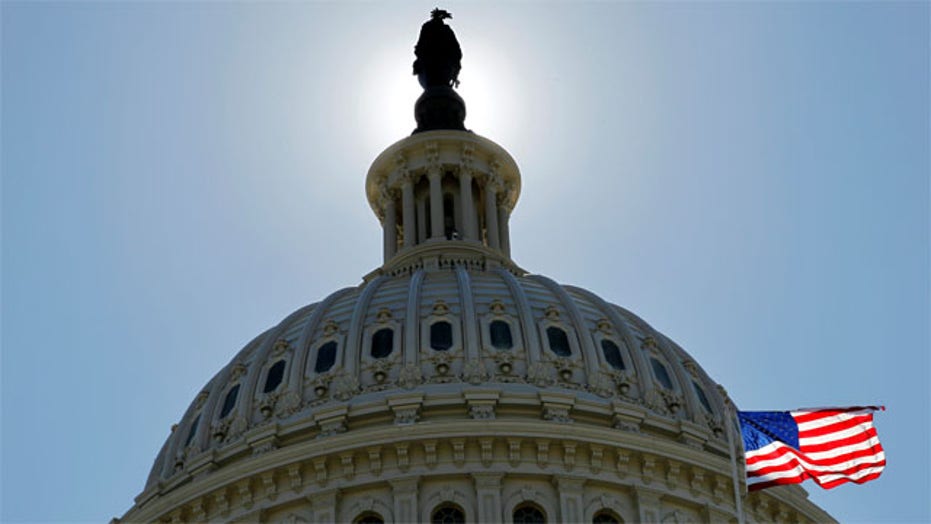 While all the pre-Election Day chatter centers on whether Republicans will retake the Senate, the bigger question is: If they succeed, what will they do with the power?

More than bragging rights are on the line. Important debates over issues ranging from immigration to the Keystone Pipeline to Iran’s nuclear program to taxes – perhaps even parts of ObamaCare -- remain unresolved heading into President Obama’s final two years in office.

The balance of power in Congress could shape all of them, in the relatively narrow window before 2016 politics grind everything, once again, to a halt.

Should Mitch McConnell both survive his general election challenge and ascend to majority leader – with his party holding the House majority, as it most likely will – Republicans would find themselves in an enviable position. They’d have the obvious perks of majority-hood, able to pressure the administration with investigations and hearings from both chambers; to hold up Obama nominees to key appointments even more; and, when able to cobble together a filibuster-proof majority, to pass bills and repeal laws of their choosing, if only to force the president to employ his veto pen.

But there’s also the possibility that a Washington with power so evenly divided could yield some key agreements, in the spirit of the Gingrich-Clinton era. Or at least, could compel the president to dial back his approach in the final two years.

Conservatives are gleeful at the prospect of full control of one branch of government.

“This is an opportunity for the Republican Party to demonstrate that it has a governing agenda,” said Dan Holler, spokesman for the conservative Heritage Action for America. “Americans think the whole system in Washington is broke. This is [Republicans’] time to change that bad perception – not only of Washington, but of the Republican Party."

On immigration, for example, a big Republican win could set up a standoff with Obama as he prepares to move forward on some type of major executive action. The Wall Street Journal reported last week that the White House is weighing criteria for letting up to 4 million illegal immigrants stay in the country.

All of this could easily come during the lame-duck session.

Republicans, though, are eager to be in a position where they can challenge or undermine this action, even after the fact. Republican senators who were involved in crafting bipartisan immigration legislation in 2013 wrote a letter to the president last Thursday saying that “[executive action] would be the most divisive action you could take – completely undermining any good-faith effort to meaningfully address this important issue.”

Holler said conservative senators like Texas’ Ted Cruz and others might try to reverse the president’s actions through the appropriations process. As for more comprehensive legislative reform, the prospect of a mass deportation reprieve – which critics call blanket “amnesty” – has complicated the debate, likely no matter which party is in control.

“There are things Republicans would broadly agree to, but the problem is it’s such a toxic environment,” Holler said. “When amnesty is part of the equation it makes anything you want done impossible.”

Some analysts believe that there are some issues that carry less political recoil – at least for the president and moderates in both parties – that might see a chance for reconciliation under a new Republican majority. There are enough overlapping interests in tax reform, pending trade agreements, infrastructure spending, and maybe even the Keystone Pipeline, which has been a political hot potato for six years.

The administration consistently has delayed a decision on the pipeline, which would take as much as 830,000 barrels per day of Alberta tar sands crude to refineries on Texas' Gulf Coast. Both sides of the contentious issue have used it as a wedge in the midterm campaigns.

So far, Senate Democrats have staved off any binding legislation that would green-light the pipeline (in 2013 the Senate passed a non-binding resolution in favor of Keystone). That might change in January if Republicans take control. At that point, the president might have to negotiate, perhaps as part of some broader energy legislation that gives Democrats and their environmental interests some grist, like increased coal emission standards.

“It all depends on what [Obama] gets out of it,” said Sean Evans, chairman of the political science department at Tennessee’s Union University. “It’s all about making sure both Republicans and Obama can claim a win.”

A Republican majority also could cause problems for the administration’s negotiations with Iran, as a GOP-controlled Senate would be in a position to lead the charge on a bipartisan sanctions bill and make noise should the administration try initially to circumvent Congress on a nuclear pact.

Analysts differ on how much the GOP could push through and how they might do it if they win the majority. The 2016 presidential election and even that year’s Senate elections would color most legislative debates. A number of senators are showing interest in running for the White House – including Sens. Rand Paul, Marco Rubio and Cruz – which complicates the picture even more.

Further, most polls indicate that if Republicans win the Senate, they’d only have a slim majority. (Democrats now hold a 55-45 majority, with two Independents caucusing with them.)

Conservatives say Republicans in the Senate “should stand for something,” and even with a slight advantage use the ability to bring bills to the floor to introduce measures that would both show they can govern, and raise ideological issues to help differentiate themselves from their opponents whether legislation passes or not.

“They will have two years to prove they aren’t just anti-Obama, but even so, they can still make political stands,” said Craig Shirley, a Reagan biographer and longtime conservative strategist.

“They should definitely raise immigration, corruption, tax reform, government reform, defunding some left-wing institutions – that will bring them together at the very least,” he said. “If they can’t get anything passed legislatively, at least it will make a political point.”

The last time a Democrat was in the White House with two Republican-controlled chambers was when President Bill Clinton was in office. Political historians give him credit for negotiating a number of Republican initiatives, including welfare reform. Some wonder if Obama has the same kind of political savvy – or inclination -- to pull the same thing off today.

“Clinton is the most brilliant politician in my lifetime,” said Peter Burns, political science professor at Loyola University. “I don’t know if Obama has the ability to do that.” Plus, he added, “Bill Clinton was one of the few presidents who got more popular over time. Obama is down very low right now” and not in the best negotiating position.

Though an all-Republican majority on Capitol Hill would no doubt frustrate Obama, there is one potential bright spot for him. To date, Senate Majority Leader Harry Reid has blocked a vote on legislation to give the president special authority to negotiate certain trade deals, worried about the impact on U.S. jobs. But Obama wants that authority for a potential Asia-Pacific trade pact – and Republicans might be willing to give it to him.

Meanwhile, Holler said Heritage Action will encourage Republicans to “focus on the big things,” like repealing ObamaCare, rather than chipping away at the law by overturning its more unpopular measures, like the medical device tax, or finding common ground in the appropriations process. He is undeterred by reports that even McConnell believes repeal is dead in the water.

He and other conservatives believe they should fight for it, and other issues – like tax reform or entitlement reform – that will show clear alternatives to the Democrats’ platform. “They can play small ball and do some of these small things and draw contrasts a little, but that’s not why people are going to say, 'let’s give you another chance',” he said. “They’re going to give you another chance when they see a big agenda.”