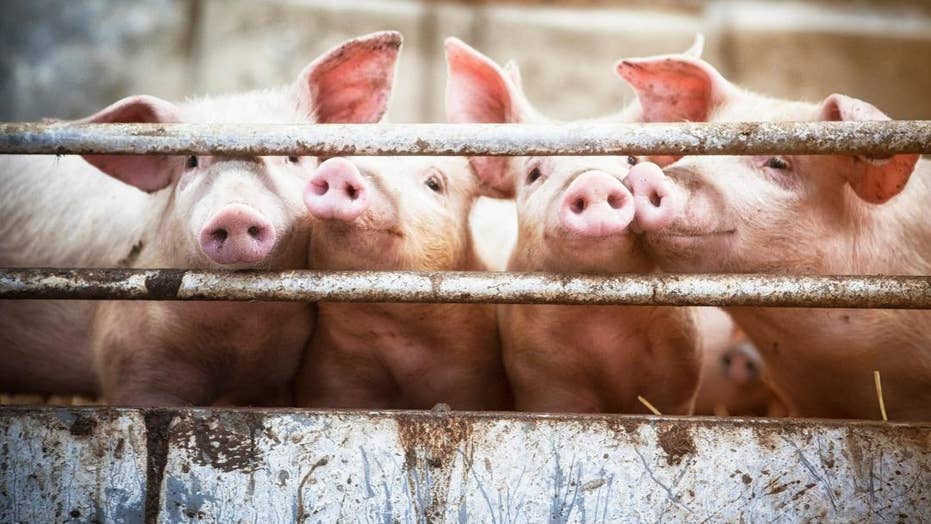 What are earmarks, aka ‘pork-barrel’ spending?

Could President Trump bring earmarks back?

As Trump continues to push for immigration reform and a solution for the hundreds of thousands of illegal immigrant minors in the U.S., he urged Congress to return to the practice of using so-called earmarks.

"Our system lends itself to not getting things done, and I hear so much about earmarks — the old earmark system — how there was a great friendliness when you had earmarks," Trump said during a meeting with lawmakers at the White House Tuesday. "But of course, they had other problems with earmarks. But maybe all of you should start thinking about going back to a form of earmarks."

Read on for a look at what earmarks are, and why House Republicans banned the practice years ago.

Earmarks – in a basic sense – are provisions that allocate a certain amount of money for specific projects, groups or programs.

But it’s worth noting that pinpointing an exact definition for the practice is – and has been – a concern. The Congressional Research Service said in a 2006 report that one of the “principal challenges to measuring earmarks in appropriation bills is defining the term.”

Why did Republicans stop the practice?

House Republicans approved a moratorium on earmarks in 2010 in an effort to rein in so-called “pork-barrel” spending, an effort led by former House Speaker John Boehner.

Republicans argued that earmarks corrupted lawmakers and caused them to support bad legislation simply to shovel taxpayer money back home. It was common, for instance, to solicit campaign donations from those who received the earmarks, as well as the lobbyists who advocated for them.

“Bringing back earmarks is the antithesis of draining the swamp.”

“What we found, looking at the data, people who were writing the bills, those on the appropriation committees, were by far the winners in getting the most money back for their districts, whereas rank-and-file members get very little,” Ellis said.

He also noted that many consequential pieces of legislation – such as the Civil Rights Act – were passed before the use of earmarks became more commonplace.

“Earmarks are not some sort of magic pixie dust that makes legislation go,” Ellis said.

Former President Barack Obama sided with the anti-earmark crowd when he promised during his 2011 State of the Union address to veto any bill with those included.

The House Rules Committee is expected to hold a hearing the week of January 15 regarding earmarks.

Why earmarks may be making a comeback in Congress

The House Rules Committee is expected to announce hearings in the coming days to look at the pros and cons of bringing back the pet projects; Mike Emanuel explains on 'Special Report.'

"We are not moving backwards and I would not (make) a recommendation for us to move back to almost any part of a system that I saw that existed before 2011," Rules Committee Chairman Pete Sessions, R-Texas, told reporters.

Bringing back earmarks could cause ire among some Republicans.

House Speaker Paul Ryan, R-Wis., has not seemed receptive about bringing them back. Last year, he was successful in helping to squash efforts to revive the practice.

David McIntosh, president of the conservative Club for Growth organization, warned that should Republicans bring back earmarks, “it virtually guarantees that they will lose the House.”

“Bringing back earmarks is the antithesis of draining the swamp,” he said in a statement. “Earmarks will only benefit the special interests that grow government at the expense of working men and women.”