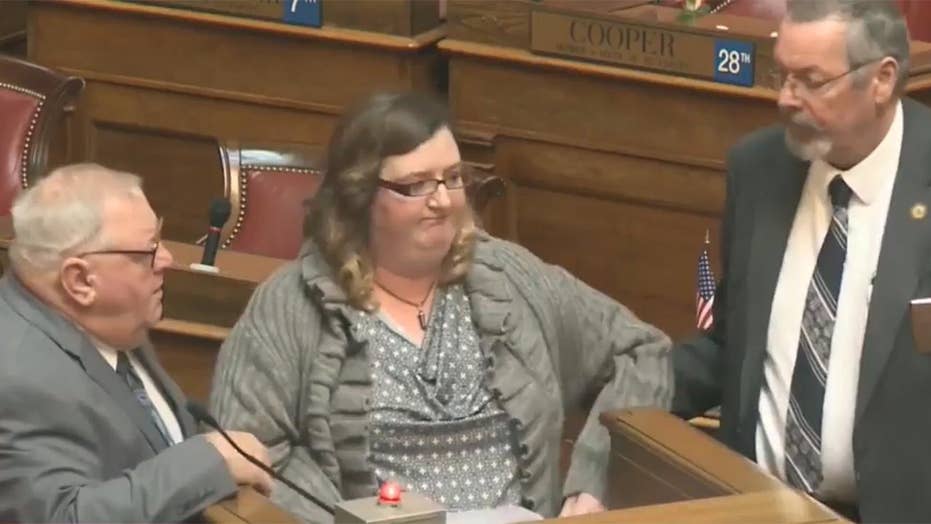 Lissa Lucas, a candidate in this year’s Democratic primary for West Virginia delegates, was escorted out of the Charleston state house because she read a list of House members and how much they pocketed from oil and gas companies.

Newsweek reported that the meeting was about a proposal, the Co-Tenancy and Majority Protection Act, or H.B. 4268, that would allow these companies to drill on “minority mineral owners’ land without their consent.”

The report said that some landowners worry that the bill will allow these companies to drill on their properties for the minerals located below.

The West Virginia Oil and Natural Gas Association tweeted a poll that showed the majority of Republicans and Democrats in the state approve the bill.

Lucas approached the rostrum Friday and, right off the bat, she corrected the person who introduced her and who mispronounced “Lissa.”

Lucas went on to claim that there would be no jobs created by the proposal and the only delegates in favor are in the oil companies’ pockets.

“I have to keep this short, because the public only gets a minute 45, while lobbyists can throw a gala at the Marriot with whiskey and wine and talk for hours with the delegates,” she said.

Common Dreams, a progressive website, reported that Lucas said she was dragged out of the room simply because she was defending the community’s “constitutional property rights.”

While Lucas was rattling off names, John Shott, the chairman, could reportedly be heard telling her that personal comments are not allowed and told her to address the merits of the bill. She insisted that she was not making personal comments and she was eventually ordered to be removed.

Newsweek reported that the bill passed and will likely be signed into law. Lucas reportedly believes that, by and large, oil and gas firms have done more damage in the state than create jobs.