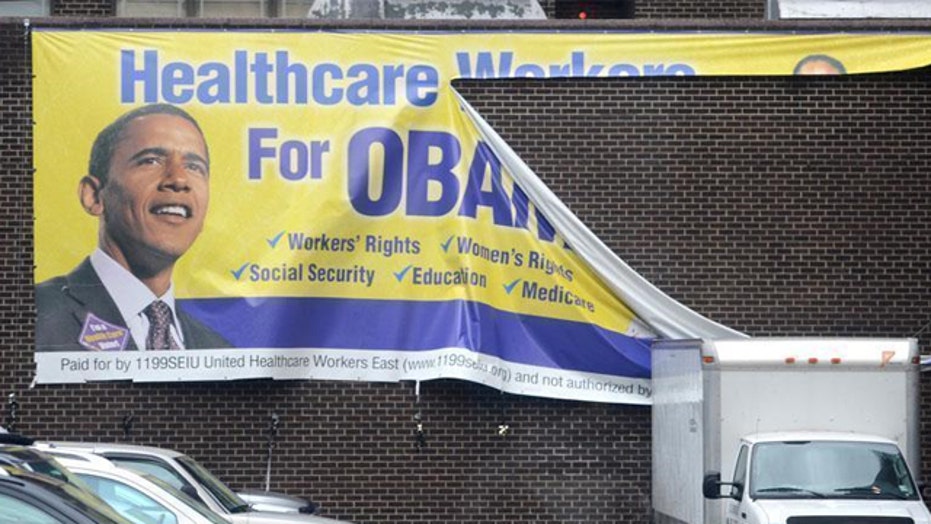 Taxpayers may have to pay the difference

The Washington Health Benefit Exchange call center in Spokane is so busy that staffing has been quadrupled, with the center receiving up to 10,000 calls a day. The problem is not enough of those callers are actually signing up for insurance.

The state has enrolled 160,000 paying customers in ObamaCare exchange health plans but that's more than 50,000 short of goal, which has led to an extension of the enrollment deadline and a request that the Washington State Legislature fork over $125 million to fund the exchange.

Republicans are angry because they were told the exchange would be self-sufficient by the end of this year.

“I’m not advocating that they get the $125 million,” said Bruce Chandler of the Washington State House. “I don’t think the exchange has convinced us that that’s reasonable.”

Leading Democrats were also skeptical. They were expecting a much lower subsidy as the exchange bridges from federal seed money to being able to fund itself through premium taxes and fees paid by insurance companies and customers. Much of the money the exchange wants would go toward more advertising.

“I want to see what their outreach is,” said Democrat Ross Hunter of the Washington State House, “I don’t want a one-liner, because we’re going to make judgments about what is the effective amount of advertising.”

Only 14 states, including Washington, are operating their own ObamaCare exchanges and many are struggling to make it without help from taxpayers.

New York’s governor wants a $69 million tax on non-exchange health insurance policies while Vermont has projected a $20 million shortfall by the end of 2015. There also is a bill in Rhode Island to scrap the state exchange and go with the federal exchange to avoid a $24 million hit to taxpayers. Massachusetts, which has been at this longer than anyone, does not have a general tax to fund its exchange, but does rely on a hefty cigarette tax and an employer’s tax.

Thirty-six states are relying on Healthcare.gov.

Officials in Washington state admit that so far they’ve relied on a lot of guess work.

“We didn’t really have a good sense about what we were projecting in terms of costs,” said Richard Onizuka, CEO for the Washington Health Benefit Exchange. “We now know more about what it’s going to take to serve 1.7 million customers that come through the system.”

But critics contend that as long as so many young, healthy people opt to pay a fine instead of having insurance, taxpayers will continue to be on the hook to support the system.

“If the product was that great to begin with, people would learn about it,” said Dr. Roger Stark of the Washington Medical Center. “They would know about it, they would understand it, and that’s exactly what has not happened with our state exchange.”