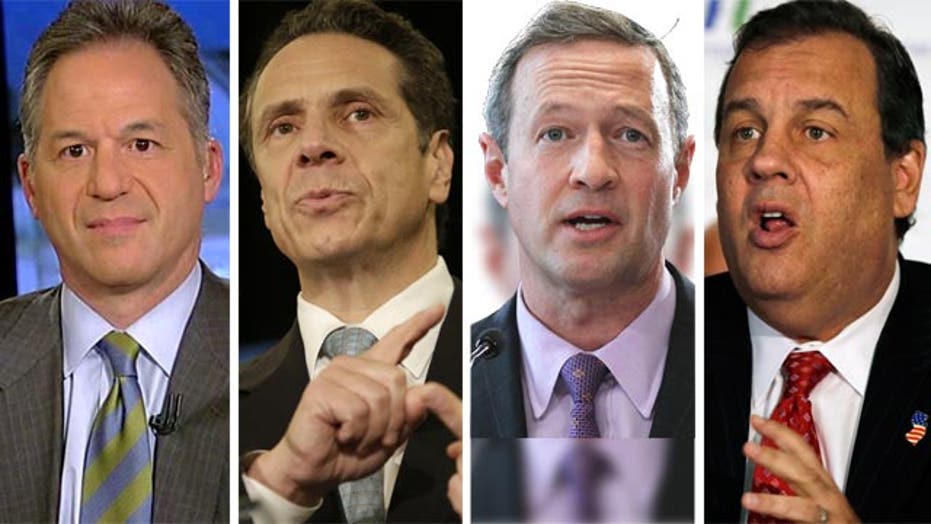 The Washington Post's Charles Lane said Monday on "Special Report with Bret Baier" that some governors are looking for "politically advantageous" ways to present their Ebola policies in order to look "presidential" ahead of the midterms and 2016.

Lane mentioned New York Gov. Andrew Cuomo and New Jersey Gov. Chris Christie as examples. The two governors jointly announced mandatory quarantine policies for medical professionals who had contact with Ebola patients in their states on Friday, but the policies have come under fire by the Obama administration and others.

Lane said both governors are trying to gain political points by attempting to demonstrate strong executive leadership in dealing with the deadly disease.

"I think the only principle that governs this that I can tell so far is everybody is trying to figure out the most politically advantageous way to present their policy," he said.

"It's no accident that you have people, two of the three governors involved this, O'Malley and Christie, are running for president and the other one, Cuomo, is running for re-election," he said. "They are all trying to find the political sweet spot and use their executive power to look presidential doing it."