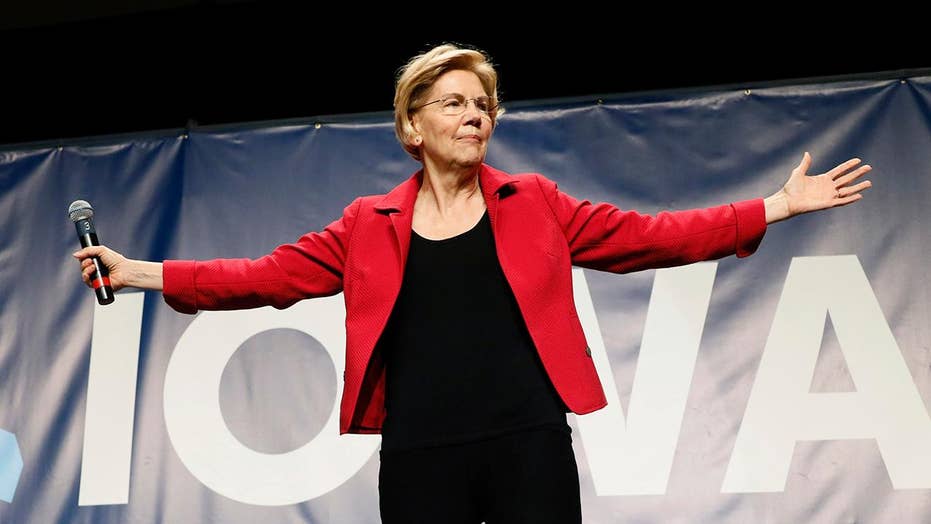 Campaign Trail Mix: DNC prepares to reveal which candidates will be grouped together for two separate debates at the end of June; new poll shows Elizabeth Warren trailing only Joe Biden in California.

Democratic presidential candidate Sen. Elizabeth Warren on Friday announced a new plan to ban private prisons, alleging the companies behind them are “wringing billions out of federal taxpayers” and sacrificing safety to “boost their bottom line.”

“The government has a basic responsibility to keep the people in its care safe -- not to use their punishment as an opportunity for profit. That’s why today, I’m proposing my plan to root out once and for all the profit incentives perverting our criminal and immigration systems,” the populist two-term senator from Massachusetts said as she unveiled her policy proposal.

Warren noted that from 2000 to 2016, the private prison population grew five times faster than the overall prison population. And she highlighted that some 4,000 corporations currently make money off mass incarceration.

The progressive senator, who’s rising in the polls in the race for the Democratic presidential nomination, argued that given the green light by President Trump’s administration, “private detention centers have made millions implementing Trump’s cruel immigration policies, as the number of detained children quintupled in just a single year.”

“Private facilities have higher rates of assaults than federal prisons. They violate federal rules by putting incarcerated people into solitary confinement to fit more bodies in the building,” she charged. “They impose forced labor on immigrants just to make a buck. Multiple detainees have committed suicide. And now, under Trump, babies are getting sick and dying from their detention centers.”

Warren said she’d ban private federal prisons and detention facilities by ending all contracts that the Bureau of Prisons and ICE have with private detention providers.

“And I will extend these bans to states and localities by conditioning their receipt of federal public safety funding on their use of public facilities,” she added.

Warren’s plan would also stop contractors from charging service fees for essential services for inmates, such as phone calls, bank transfers, and health care. And her proposal would expand oversight, transparency and enforcement of them.

Warren’s plan is the latest in a slew of detailed policy proposals she’s rolled out since formally launching her presidential campaign in February.