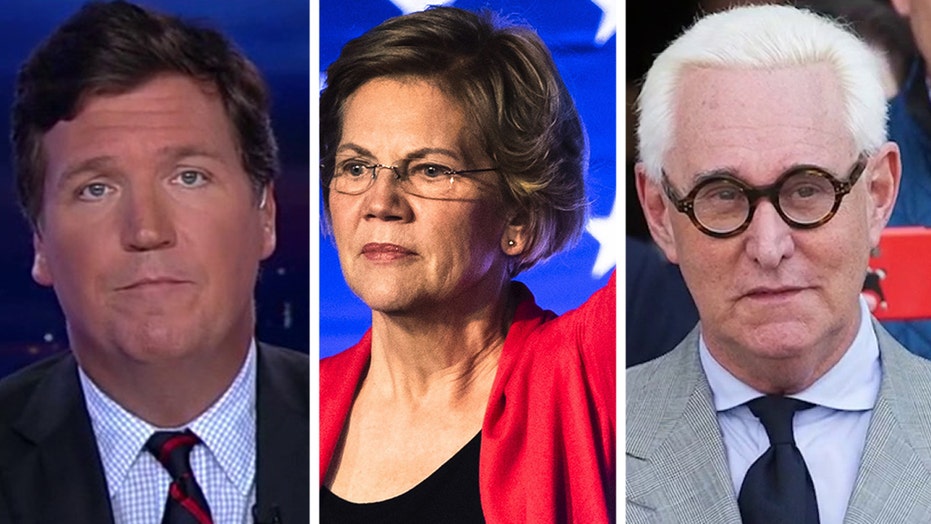 Sen. Elizabeth Warren, D-Mass., called for her party to unify around her and claimed to be the best candidate to defeat President Trump in November, despite a disappointing night in New Hampshire.

"If we're going to beat Donald Trump in November, we are going to need huge turnout within our party. And to get that turnout, we will need a nominee that the broadest coalition of our party feels like they can get behind," Warren said, speaking in the state after the first in the nation primary. "We win when we come together."

"Our campaign is best positioned to beat Donald Trump in November because we can unite our party," she added, warning against a "bitter rehash of the same old divides in our party."

"The fight between factions in our party has taken a sharp turn in recent weeks with ads mocking other candidates and with supporters of some candidates shouting curses at other Democratic candidates. These harsh tactics might work if you are willing to burn down the rest of the party in order to be the last man standing," Warren admonished.

Warren honed in on her desire to end corruption in Washington and took direct aim at Trump's former adviser Roger Stone, whose sentencing for a conviction for several counts of obstruction, witness tampering and making false statements to Congress compelled four Department of Justice (DOJ) prosecutors to abruptly withdrew from their posts earlier on Tuesday. Their unforeseen departures stemmed from an overturned sentence for Stone by senior leaders at the DOJ, which Democrats say may have been linked to earlier lamentations by Trump pushing for a lighter sentence for his friend and ally.

"Let's be specific here," Warren said. "On a day when career prosecutors showed more backbone than almost every Republican senator standing up to this president. Americans of all political stripes are gravely concerned about the corruption of a Trump Justice Department that abandons the rule of law to give sweetheart deals to criminals who commit their crimes on behalf of Donald Trump. And yes, Roger Stone, I'm looking at you."

Although Warren congratulated the top three contenders in New Hampshire and conceded that either Sanders and Buttigieg -- who were also winners in Iowa -- "would be a far better president than Donald Trump," her likely loss was especially disappointing because of her clout in the New England political world and her previous months of polling ahead of Klobuchar nationally.

Meanwhile, shortly after he speech concluded, Trump tweeted "Elizabeth Warren, sometimes referred to as Pocahontas, is having a really bad night. I think she is sending signals that she wants out. Calling for unity is her way of getting there, going home, and having a “nice cold beer” with her husband!"