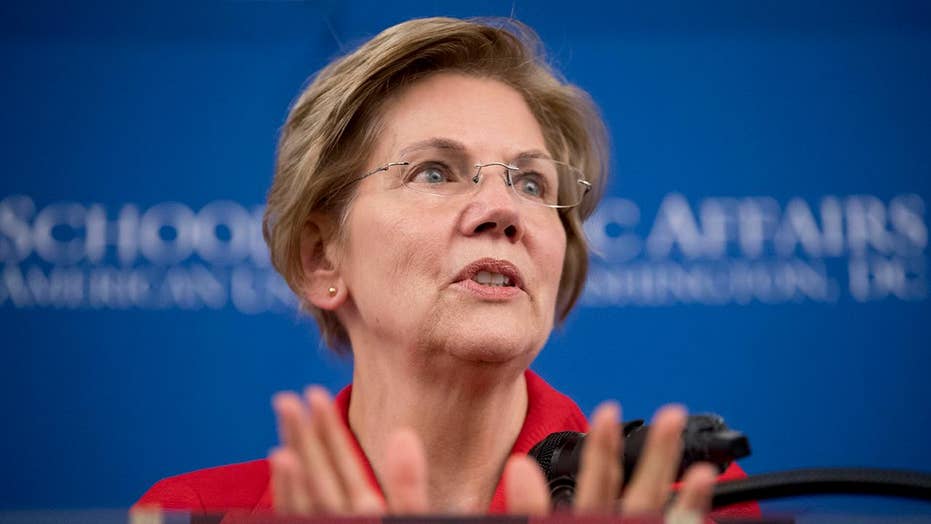 Sen. Elizabeth Warren stands by her claim Native American heritage; Fox News radio hosts Guy Benson and Marie Harf on if this would affect a 2020 run for Warren.

U.S. Sen. Elizabeth Warren is reportedly starting to express concerns about releasing the results of a DNA test from October examining her possible Native American ancestry.

Warren, a Massachusetts Democrat, said she believes it’s important to be transparent and didn’t appear to regret releasing the results when talking to reporters Thursday.

“So, I have put it all out, in public, I've put out 10 years of tax returns, my hiring records and DNA tests all out there on the internet for anybody to see,” she said.

However, behind the scenes, Warren is reportedly expressing some concern she might have put her relationship with the Native American community in jeopardy, the New York Times reported. Outside advisers told the newspaper Warren will have to plan to repair any damage and may have to issue an apology statement all while confronting the issue on the 2020 campaign trail.

Warren was criticized for conducting the tests and was accused of succumbing to attacks from President Trump – who has repeatedly called her "Pocahontas" in his campaign-style rallies and on social media.

The results reportedly revealed “strong evidence” that Warren had a Native American ancestor dating back six to 10 generations, according to the Boston Globe.

U.S. Senator Elizabeth Warren, D-Mass., may have to answer to critics if she runs for president in 2020. (Reuters)

“To put that in perspective, Warren might even be less Native American than the average European American,” Republican National Committee Deputy Communications Director Mike Reed told Fox News in October, while saying this would "not give you the right to claim minority status."

"Warren might even be less Native American than the average European American."

The Cherokee Nation also slammed Warren in a statement

“A DNA test is useless to determine tribal citizenship,” Cherokee Nation Secretary of State Chuck Hoskin Jr., said. “Using a DNA test to lay claim to any connection to the Cherokee Nation or any tribal nation, even vaguely, is inappropriate and wrong.”

“A DNA test is useless to determine tribal citizenship. Using a DNA test to lay claim to any connection to the Cherokee Nation or any tribal nation, even vaguely, is inappropriate and wrong.”

Meanwhile, the Boston Globe editorial board suggested Warren has now become too “divisive” to run for president in 2020 – a complete turnaround from the 2016 call for her to run.

“While Warren is an effective and impactful senator with an important voice nationally, she has become a divisive figure,” the editorial said. “A unifying voice is what the country needs now after the polarizing politics of Donald Trump.”