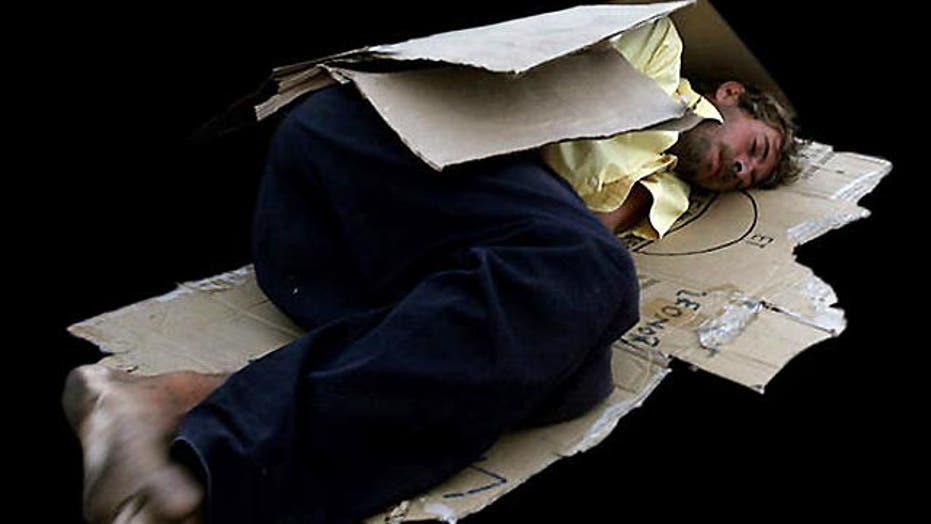 James Rosen looks at where we are now

More than anything else, it was a sign of the times: an age when the United States, still confident after the triumph of World War II and locked in an epic twilight struggle with the Soviet Union, dreamed big dreams and considered it possible to achieve huge national objectives.

A young and charismatic president, John F. Kennedy, had just been murdered in the streets of Dallas, but his rhetorical grandiosity and innate sense of daring still pervaded the American political culture. If our slain leader could commit us to the goal of landing a man on the moon, and safely returning him to the earth, by the end of the 1960s – another of the great and noble collaborations between Big Government and Big Academia – then surely we could make it a national project to eradicate poverty in our time, no?

That was the goal of Kennedy’s successor, President Lyndon B. Johnson, when he used his first State of the Union address, on January 8, 1964 – less than two months after JFK’s assassination – to launch the country on another major national initiative, similar in scope and vision to the moon landing.

But in embarking on what he called “an unconditional war on poverty in America,” Johnson warned that it could not be a federal project alone, that states and cities would have to play their respective roles, and that the effort was likely to prove a multi-generational one. “It will not be a short or easy struggle,” LBJ told the joint session of Congress that night. “No single weapon or strategy will suffice. But we shall not rest until that war is won.”

Five decades later, the war is far from won, and Uncle Sam is nowhere near resting. Back in 1964, 36 million Americans lived in poverty; today it's close to 47 million. Of course, the U.S. population has grown dramatically over the last 50 years, and the percentage of Americans in poverty has declined in that time span, from 19 percent to 15 percent.

Still, that's higher than at any point in the first decade of this millennium, when George W. Bush was president, and far from the record low of 11.1 percent achieved under President Nixon in 1973.

What's more, the percentage of children living in poverty is essentially unchanged since 1964, and by some estimates, Uncle Sam has spent $15 trillion on anti-poverty programs over the last five decades. Indeed, as a percentage of federal outlays, such spending has soared by 286 percent since LBJ’s day.

“I think there's no question that the War on Poverty that Lyndon Johnson declared 50 years ago Wednesday has made very important advances,” said Gene Sperling, director of the National Economic Council, at a White House briefing this week. “There's just no question….Over the last 50 years things have been done wrong, but I think we’ve learned from lessons.”

As evidence, Sperling cited dramatic improvements for African-Americans over the last 50 years, both in terms of their overall poverty rate and their high school graduation rates. “In 1963,” he said, “51 percent of African-Americans were in poverty and about 25 percent had graduated from high school.”

Today, those figures stand at around 27 percent and 62 percent, respectively; but those are still far below the poverty and high school graduation rates for non-Hispanic whites.

Economist Michael Strain of the American Enterprise Institute told Fox News he sees no major national politician intensively focused on what Strain believes is the core problem where poverty is concerned: chronic long-term unemployment and the viability of the labor market. Strain noted that some four million Americans have been unemployed for longer than 26 weeks.

Strain’s point is borne out by a salient statistic: In March 1964, two months after LBJ’s clarion call, 87 percent of men between the ages of eighteen and sixty-four – the prime working years – were employed. By March 2012, that figure had sunk to 74 percent: less than three-quarters of the adult male population.

Today’s broken political culture no longer imagines America conquering enduring problems like poverty. Even the War on Terrorism, championed by President George W. Bush in the wake of the September 11 attacks, swiftly fell prey to partisan differences over means, methods, and budgets, and the next administration declined even to employ the term.

Similarly, while the fight to cure diseases continues, aided by massive federal spending at the National Institutes of Health and other federal agencies, no one speaks anymore about the War on Cancer that President Nixon launched in the early 1970s.

Population growth and other demographic changes, such as the increase in illegal immigration, have contributed to the absence of victory in the War on Poverty. So, too, has the change in political party in power in the White House every decade or so, a natural function of democracy that has nevertheless created a lurching effect in federal anti-poverty programs.

One other factor also bears mentioning: Radical changes in culture and faith since the 1960s, and the attendant consequences on family structures, earnings potential and government spending. In 1964, only 11 percent of Americans families with children were headed by a single parent. By 2012, that figure had risen to 35 percent: more than a third of all American households.