The Biden administration got slammed by the Washington Post for a recent talking point where they have accused "congressional Republicans" of wanting to raise taxes on the middle class.

Officials from White House press secretary Jen Psaki to President Biden himself have spread the message, without providing much in support of it.

BIDEN SAYS HE RELEASED HIS TAX RETURNS, ‘UNLIKE SOME OTHER PRESIDENTS’

"After their massive tax giveaway to the super-wealthy and giant corporations in 2017, Congressional Republicans now want to raise taxes on middle class families," Biden tweeted Monday.

Earlier that day, Psaki said during a press briefing that Biden "will not raise taxes for anyone making under $400,000" and that "the congressional Republican plan, however, as Senator Rick Scott outlined, couldn’t be more different."

"But now, led by Senator Scott, Republicans want to raise taxes on the middle class, with one independent analysis showing their plan would hike taxes by an average of around $1,500 each year on 75 million American families, 96 percent of whom make under $100,000," Psaki continued. "That’s the plan of congressional Republicans: tax hikes for the middle class; tax hikes for the wealthy and big corporations."

The Post, in its Fact Checker column, points out that this is not a "congressional Republican" plan. The administration’s talking point, the Post explains, stems from Sen. Scott’s "11-point plan to rescue America," which includes among a list of proposals the statement: "All Americans should pay some income tax to have skin in the game, even if a small amount. Currently over half of Americans pay no income tax." 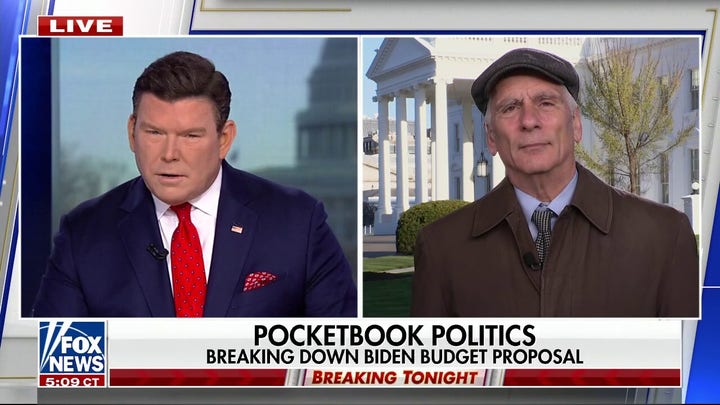 While making people who don’t pay any taxes pay some taxes is by definition an increase, the Post notes that Scott does not go into any details about how this would work or propose any specific bills.

Additionally, the Post explains that Scott’s plan does not represent the GOP as a whole, stating that while Scott is chair of the National Republican Senatorial Committee, "as far as we can tell, not a single other Republican in Congress has embraced Scott’s specific tax proposal."

The Post also points out that Scott’s plan has faced criticism from other GOP leaders such as Senate Minority Leader Mitch McConnell, which led Scott to take complete ownership over is ideas.

"Senator Scott is a member of Republican Congressional leadership and released a plan which he made clear was an agenda for the Republican Senate going forward, to raise taxes on half of all Americans," Gwin said, adding that Republican National Committee Chair Ronna McDaniel has supported the plan, and that the GOP has yet to propose any other plans.

The Post was not convinced, although Fact Check writer Glenn Kessler noted that the lack of another GOP plan led to the Post "just barely" declining to award the full four Pinocchios.

"Scott is a Republican, and he is in Congress and part of the GOP leadership. But his snippet of an idea, such as it is, cannot be labeled a ‘congressional Republican’ plan," the column says. "No legislation has been crafted, and no other Republican lawmakers have announced their support. One cannot instantly assume every person in a political party supports a proposal by a prominent member. "