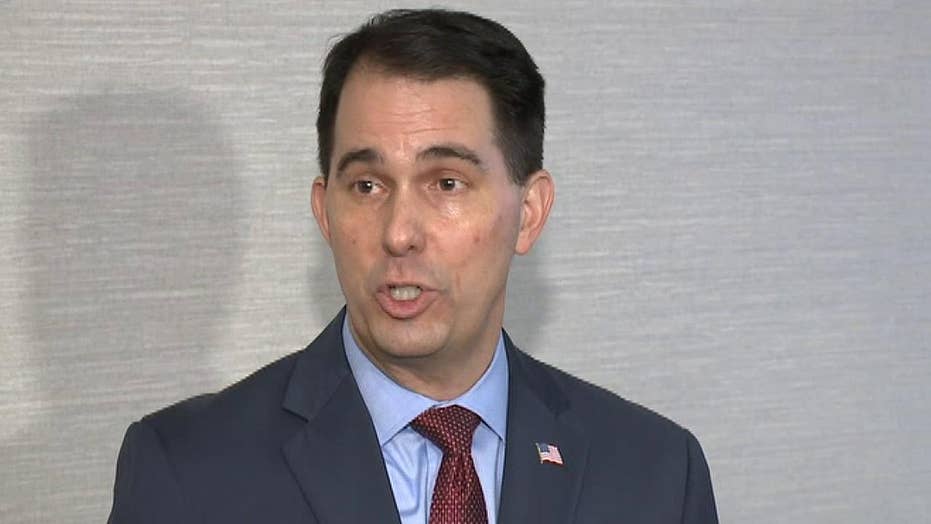 Outgoing Wisconsin Gov. Scott Walker responds to criticism that Republicans are hamstringing his successor with a number of last-minute bills.

Outgoing Wisconsin Republican Gov. Scott Walker, facing an outcry from Democrats who accuse him of trying to weaken the power of the Democrat who will succeed him as governor, signed into law Friday several bills that make significant changes to state government in Wisconsin.

In a statement, Walker pushed back against what he referred to as Democratic “hype and hysteria” over the new laws.

“Despite all the hype and hysteria out there, these bills do nothing to fundamentally diminish executive authority,” Walker said.

He added, “The bottom line is the new governor will continue to be one of the most powerful chief executives in the country. This includes veto and line-item veto powers; appointing members of the cabinet and other government posts including judges, district attorneys, and sheriffs; broad executive order authority; administrative rule authority; issuing a state budget proposal; and more.

Walker, who lost his bid for re-election to Democratic Gov.-elect Tony Evers, signed the bills just 24 days before he leaves office.

“My criteria when evaluating these bills were simple: Do they improve transparency? Do they increase accountability? Do they affirm stability? And do they protect the taxpayers? The answer is yes.”

Evers has accused Walker of ignoring and overriding the will of the people by signing the bills into law.

"This will no doubt be his legacy," Evers said in a statement.

The Wisconsin bills focus on numerous Republican priorities, including restricting early in-person voting to two weeks before an election, down from as much as nearly seven weeks in the overwhelmingly Democratic cities of Milwaukee and Madison.

The legislation shields the state's job-creation agency from Evers' control until September and limits his ability to enact administrative rules. The measures also would block Evers from withdrawing Wisconsin from a multistate lawsuit challenging the Affordable Care Act, one of his central campaign promises.

The legislation imposes a work requirement for BadgerCare health insurance recipients, which Walker won federal approval to do earlier this year, and prevents Evers from seeking to undo it.

The bills also allow lawmakers to intervene in lawsuits, ensuring Republicans will be able to defend their policies and laws in court if Kaul refuses to do it. Kaul also would need approval from the Legislature's budget-writing committee before he can reach any settlements, further increasing the power of that GOP-controlled panel.

Democrats and liberal advocacy groups are expected to sue within days over the bills, which were pushed through the Republican-controlled Legislature during a lame-duck session last week.

Republican leaders and Walker moved forward with the proposals immediately after Evers defeated the GOP governor as part of a Democratic sweep of statewide offices in the midterm election. The push is aimed at safeguarding conservative policies put in place during Walker's eight years as governor and mirrors tactics used by Republicans in North Carolina in 2016. Republicans in Michigan are weighing similar moves.