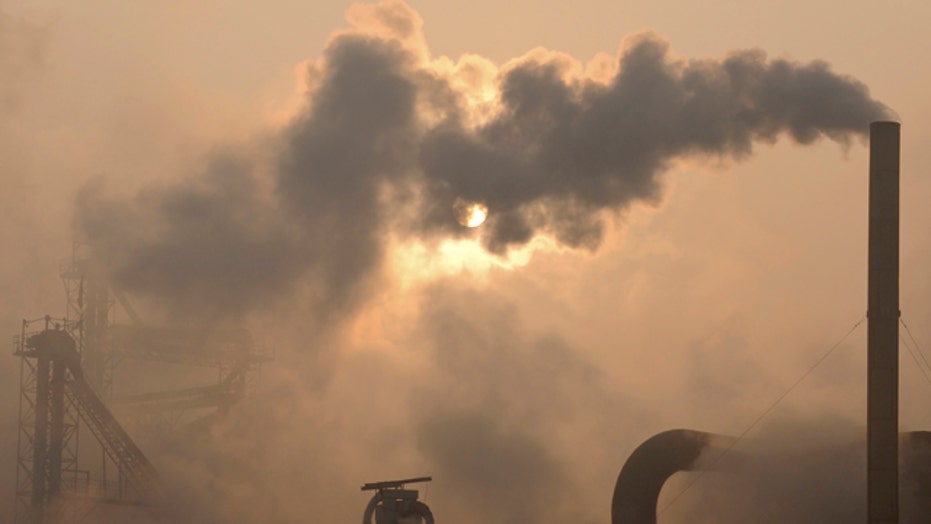 Vulnerable Democratic candidates and lawmakers are distancing themselves from President Obama’s new regulations on power plant emissions that will harm the coal industry.

For some Democrats, shuttered coal plants and higher energy prices means more than just economic hardship for their state — it means they might be voted out of office.

“This is an unprecedented use of the Clean Air Act to wage war on an entire industry,” said West Virginia Democratic Rep. Nick Rahall. “Rather than requiring individual plants to meet pollution control standards by installing pollution controls, EPA is now interpreting the law to give it the ability to set standards across fleets of coal-fired power plants, seeking to make reductions in a nebulous fashion.”

Rahall is facing a tough reelection in West Virginia, the country’s second-largest coal producing state. The Republican Party has been attacking Rahall over his past support for Obamacare and have been trying to tie him to Obama’s anti-coal agenda.

“Nick Rahall talks tough now, but for years he’s backed the president’s War on Coal and voted to give EPA the power and money to develop reckless regulations like these that destroy West Virginia jobs and send electricity rates skyrocketing,” said Republican House candidate Evan Jenkins, Rahall’s opponent this fall.

After the EPA announced its new rule on Monday, Rahall announced he would partner with West Virginia Republican Rep. David McKinley to block the agency from implementing its power plant rule.

“I will introduce bipartisan legislation to block EPA from hijacking the Clean Air Act to target carbon emissions from existing coal-fired power plants in the manner it is proposing,” said Rahall. “When the time is ripe, I will also join in litigation to stop these rules from taking effect.”

On the Senate side, Louisiana Democratic Sen. Mary Landrieu has also come out swinging against the EPA’s power plant rule, saying such carbon limits should be done through Congress and not through executive fiat.

“While it is important to reduce carbon in the atmosphere, this should not be achieved by EPA regulations,” Landrieu said. “Congress should set the terms, goals and timeframe.”

Landrieu has been attacked by opponents for being ineffective at convincing the Obama administration to approve the Keystone XL pipeline and adopt a more hydrocarbon-friendly energy agenda.

Both Pryor and Warner have also both voiced concerns over the EPA’s latest salvo against coal plants, which requires existing power plants to reduce emissions 30 percent by 2030.

“I have serious concerns that the EPA’s proposal will undermine the affordable and reliable electricity Arkansans currently enjoy,” Pryor said in a statement. “I will continue to speak with Arkansas stakeholders to gauge how this rule could impact our state’s economy and jobs.”

“Virginia is at the center of the national debate on climate change, with our coalfields in southwest Virginia and the Commonwealth’s coastal cities beginning to see the impact of sea rise,” Warner echoed in a statement. “These draft regulations on existing source carbon power plant emissions are complicated, consequential and far-reaching, and I am pleased the Administration wisely decided to accept our recommendation to double the comment period from 60 to 120 days.”

“This is a first step in a very long process, and it is important that Virginians have a full and fair opportunity to express their views on the proposed rule,” Warner added. “I will review the EPA proposal and consult with a broad variety of Virginia stakeholders on these issues.”

Content created by The Daily Caller News Foundation is available without charge to any eligible news publisher that can provide a large audience. For licensing opportunities of our original content, please contact licensing@dailycallernewsfoundation.org.