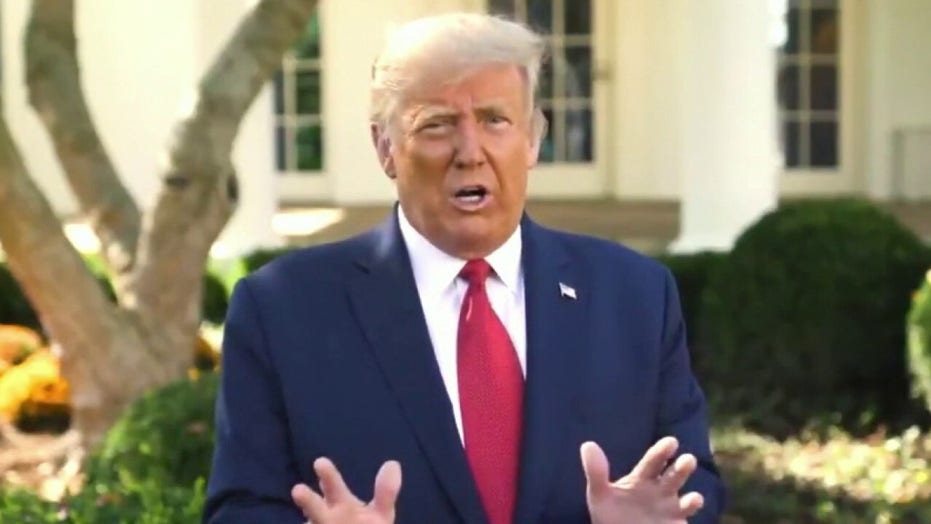 President discusses his recovery from COVID-19 in video statement posted on Twitter.

With the 2020 election just weeks away, a growing number of Americans think their neighbors support President Trump over Democratic presidential nominee Joe Biden in the upcoming election, according to Fox News poll results released Wednesday.

The 11-point differential marked an uptick from August, when 39 percent of respondents said they thought Trump had their neighbors’ support and 34 percent felt Biden was their pick.

The results showed a slight downtick in Trump’s approval rating, with 47 percent saying they approved of the president’s performance compared to 48 percent in September.

The Fox News poll was conducted from Oct. 3 through 6 by phone. A total of 1,107 registered voters were chosen at random to participate. The poll had an error margin of plus or minus three percentage points.