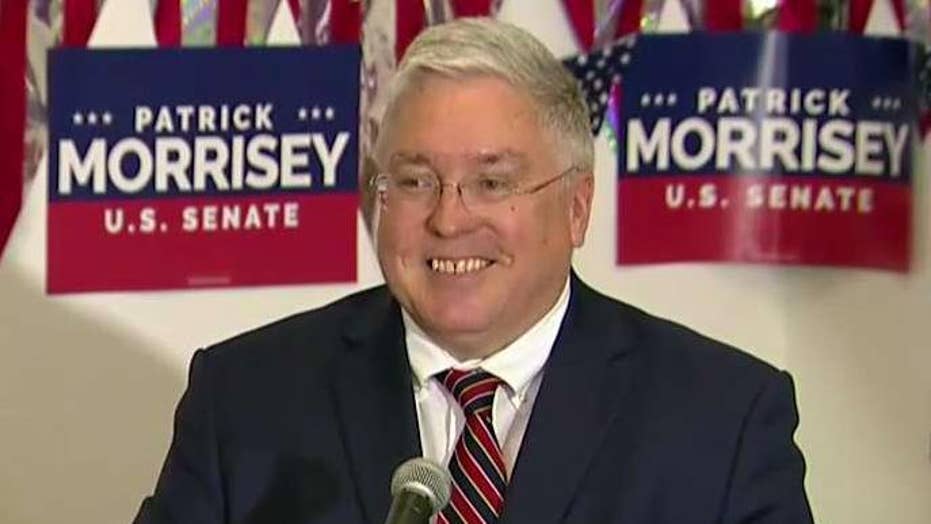 Tuesday's GOP primary results showed both Republicans and Democrats moving toward the center as voters look ahead to this fall's midterm elections.

Republicans are looking to increase the party's Senate majority and maintain control of the House, while Democrats snubbed progressive candidates in favor of moderates -- including one who backed Donald Trump over Hillary Clinton in 2016.

The Ohio results were attributed to the influence of President Trump, who endorsed Renacci over businessman Mike Gibbons.

Trump also made a last-minute appeal to West Virginia voters to reject Blankenship in a bid to avoid the repeat of December's Senate race in Alabama, where Democrat Doug Jones turned the deep-red state blue -- for the first time in decades.

"To the great people of West Virginia we have, together, a really great chance to keep making a big difference. Problem is, Don Blankenship, currently running for Senate, can’t win the General Election in your State...No way! Remember Alabama. Vote Rep. Jenkins or A.G. Morrisey" Trump tweeted Monday.

The McConnell team could not hide its glee after the results. They taunted Blankenship with a photo of a smiling McConnell, with the caption reading, "Thanks for playing, Don."

McConnell has long sought to put the Republican house in order before the midterms, admitting that the party faces some tough fights in November.

But as Republicans show signs of getting serious and choosing candidates that can appeal beyond the Trump voters, Democrats on Tuesday -- much to the chagrin of the progressive base -- favored blue-collar, middle-of-the-road candidates.

In West Virginia's 3rd District, state Sen. Richard Ojeda clinched the victory in the Democratic primary. The win was a defeat for progressive supporters of the party, as Ojeda famously said he backed Trump over Clinton in 2016, the Washington Post reported.

Kucinich had criticized Cordray as a "Republican-lite" candidate who was too moderate on key issues concerning most Democrats, and was once backed by the National Rifle Association (NRA). Kucinich ran on a platform of single-payer health care, gun control and criminal justice reform.

But Cordray, who once ran the Consumer Financial Protection Bureau under President Barack Obama, fought back and pointed out that Kucinich accepted $20,000 from a group with links to Syrian President Bashar al-Assad.