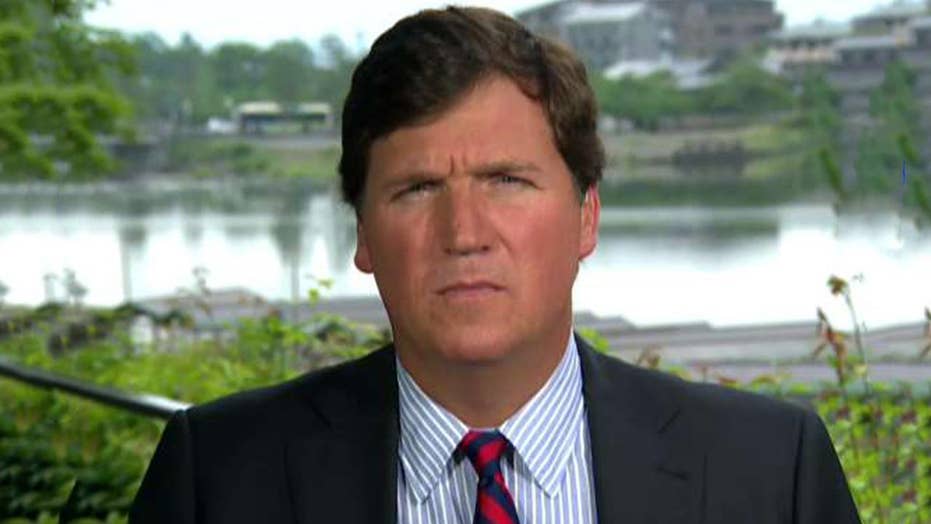 Tucker: 2020 Democrats battle to be the most extreme on immigration

Several years ago, a famous politician delivered a message to Central American families: "Do not send your children to the borders ... If they do make it, they’ll get sent back."

This was President Obama, in 2014. The warning was among numerous tough statements the Democratic president made as he sought to stem the flow of illegal immigration across the U.S.-Mexico border.

But that message is a world away from how Democrats of 2019 are discussing immigration, illustrating just how far to the left the party has moved in a short period of time. The lead-off night of the Democratic presidential primary debates featured a heated discussion on one candidate's call -- incidentally, a former Obama Cabinet official -- to decriminalize illegal border crossings.

Obama, just five years ago, had a very different attitude. His advice regarding children looking to sneak across the border? Stay away.

“That is our direct message to the families in Central America: Do not send your children to the borders,” Obama said in the 2014 interview with ABC News. “If they do make it, they’ll get sent back. More importantly, they might not make it.”

Obama warned of the dangers of human trafficking and other perils that children would face in coming to the U.S. illegally, and was not shy about saying he would turn away those who were caught.

The same year as the ABC interview, Obama said that U.S. border personnel should be able to “stem the flow of illegal crossings and speed the return of those who do cross over.” He also said, “Undocumented workers broke our immigration laws, and I believe that they must be held accountable.”

As Julian Castro promoted the concept of decriminalizing illegal border crossings, he criticized Beto O’Rourke for only supporting decriminalization for those fleeing violence and seeking asylum.

Sen. Elizabeth Warren, D-Mass., also called for the repeal of the law that makes unauthorized immigration a crime. “We should not be criminalizing mamas and babies trying to flee violence at home or trying to build a better future,” she told HuffPost.

In 2010, Obama said, “The presence of so many illegal immigrants makes a mockery of all those who are going through the process of immigrating legally.”

Democrats have long since dropped the phrase “illegal immigrant” from their vocabulary.