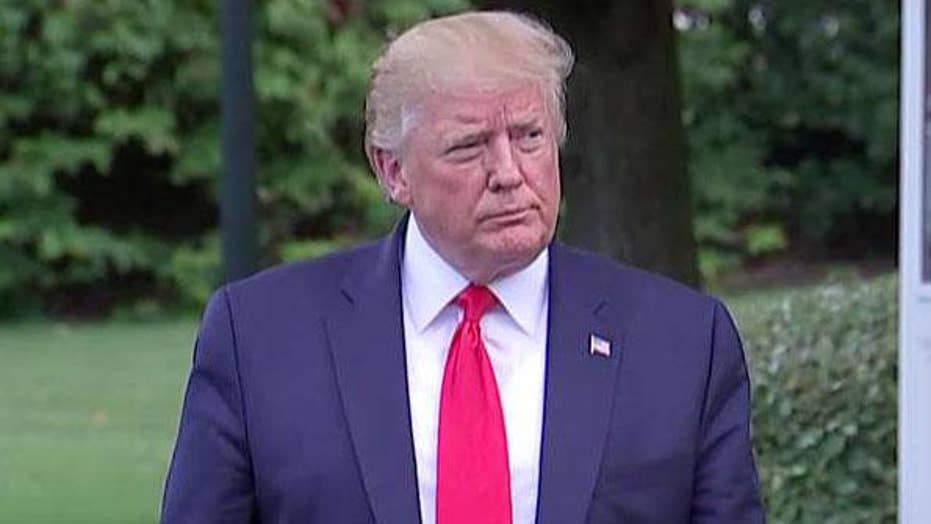 Years before Rep. Rashida Tlaib was speaking out against President Trump in Congress, she was shouting at him as security dragged her out of a meeting at the Detroit Economic Club.

Video of the August 2016 incident, which has gone viral since resurfacing over the weekend, shows the current congresswoman shouting as then-candidate Trump delivered a speech before business leaders. While being escorted out of the room, she continued to jump and yell at those in attendance.

TRUMP VS. THE SQUAD: THE DEMONIZING OF DISSENT

“You guys are crazy!” Tlaib can be heard shouting. Someone off-camera can be heard responding, “You're an animal, get a job!”

Of course, she went on to get a job representing her district in Congress, but at the time she was working as a public interest attorney at the Sugar Law Center for Economic and Social Justice. Prior to that, she was a representative in the Michigan state legislature until she had to leave due to term limits, having lost a bid for state Senate.

After the outburst, Tlaib explained herself in a guest column for the Detroit Free Press, where she said she interrupted the event along with “12 other brave women” because “confronting Trump was the most patriotic and courageous act I could pursue.” She said she drew inspiration from bold women like Rosa Parks.

Tlaib acknowledged the criticism against her for acting in a way “unbecoming of a former state legislator,” but defended her behavior by saying Trump did not deserve “courteous behavior” or “social niceties.” That attitude was later reflected when Tlaib, after entering Congress, vowed to “impeach the motherf-----.”

TRUMP AND THE 'SQUAD' CONTINUE WAR OF WORDS

After the interruption at the 2016 event, Trump could be seen standing quietly until things began to settle down. He then quipped, “I will say, the Bernie Sanders people had far more energy and spirit.”

He's not so reserved now that Tlaib and fellow freshman Reps. Alexandria Ocasio-Cortez, Ilhan Omar, and Ayanna Pressley are in Congress. Trump started a firestorm earlier this month by tweeting that those lawmakers should "go back" where they came from, fix things and return to "show us how it's done" -- even though most of his intended targets were born in America. Trump has spent the last week battling with critics who accused him of stoking racial tensions with the remarks.