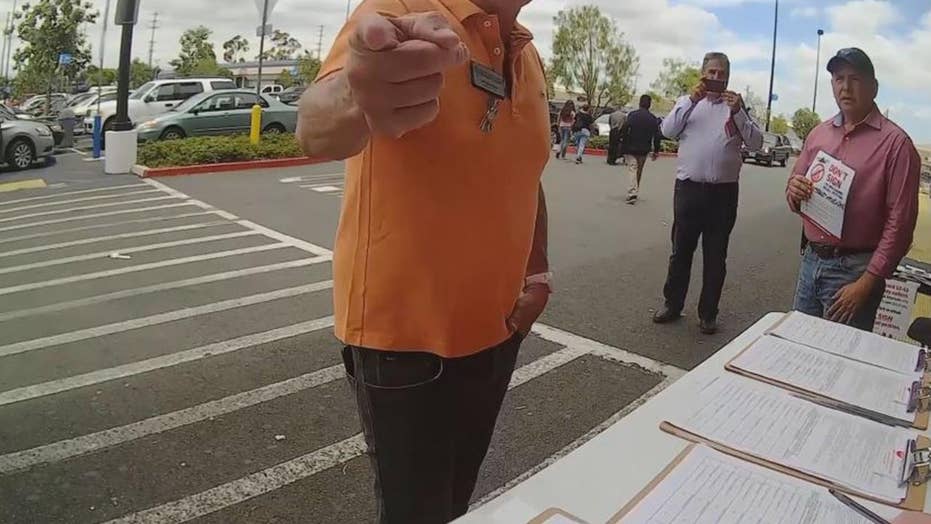 A local Democratic Party official was caught on videotape verbally accosting signature gatherers in California during Pride weekend with a torrent of curse words and demanding to know, “Which one of you ---holes is the gay?”

The official, Jeff LeTourneau, followed up by saying, “You are a f---ing disgrace to any gay person I know, you piece of s---.”

The exchange occurred in the parking lot of a Fullerton, Calif., Walmart where LeTourneau, a Vice-Chair with the Democratic Party of Orange County who is gay, discovered that gay volunteers were helping a grassroots group collect signatures to unseat Democratic state Sen. Josh Newman. The effort is in response to a gas tax hike that recently passed the Legislature along party lines.

“LeTourneau clearly thinks that if you are gay, you can only be a Democrat which is both arrogant and highly offensive,” said Carl DeMaio, a gay former San Diego city councilmember and former GOP congressional candidate who can be heard on the video trying to calm down LeTourneau. “The idea that Californians are sick of paying higher taxes cuts across party lines and sexual orientation.”

DeMaio is a conservative talk radio host and founder of Reform California, a PAC that has sparked pension reform and defeated a dozen tax increases. Reform California is fronting the Newman recall.

The chain of events began when a pro-Newman worker showed up onsite Saturday to discourage voters from signing and was told by recall volunteers that a few of them were LGBT, DeMaio said. An hour later, LeTourneau arrived and confronted them, the video shows.

“I’m here as an openly gay person on Pride weekend seeing these two people disgracing my community and letting them know I don’t care about them. They’re liars! They’re liars!” LeTourneau said.

In the wake of Wednesday’s shooting outside Washington at a congressional baseball practice, a number of lawmakers have voiced concern about coarsening political rhetoric -- in the media, at town halls and in other settings. The incident in California occurred days earlier.

Much of the official’s ire was directed at the Republican Party, which he claimed wrote the “destruction” of the LGBTQ community into its “platform.”

Throughout the exchange, DeMaio and the publisher of a gay news site could be heard trying to placate LeTourneau with phrases like “Don’t be hateful” and “Don’t be so angry.”

At one point, LeTourneau got into an exchange with a shopper who approached the petition table and criticized the Vice-Chair for blocking access. She asked him to move.

Then a Walmart manager who just arrived on the scene said, “Does she have a democratic right to sign this petition? Why should she be badgered by you?”

The shopper finished signing and walked away yelling to LeTourneau: “Crazy! You’ve got nothing else to do!”