Former New York City Mayor Michael Bloomberg is holding a global event called the "New Economy Forum," Laura Ingraham reported on Tuesday, as she warned of an attempt at a worldwide "reset" by elites to install what they see as a more equitable economic system internationally amid the coronavirus pandemic.

"As we meet, governments around the world or mobilizing trillions of dollars to address the economic effects of the pandemic. It's an unprecedented opportunity not only to repair the damage, but also to address problems that existed before the pandemic hit," Bloomberg said at the forum.

To that extent, Hoover Institution senior fellow Victor Davis Hanson remarked that the forum and the policies discussed therein remind him of how former Obama White House chief of staff Rahm Emanuel once said "never let a crisis go to waste."

Hanson said on "The Ingraham Angle," that at the time, Emanuel was harshly criticized for the remarks, and that many of the top Democratic proposals at the time like 'Cash for Clunkers' and socialized medicine were highly unpopular. 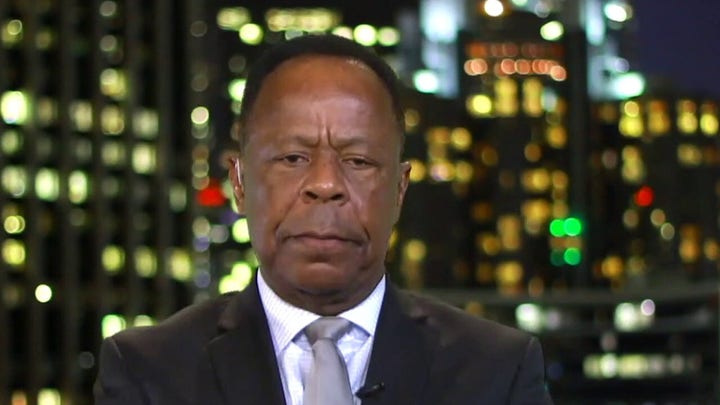 "[T]hey had to push it on people under the guise of a crisis. Everyone thought, 'That's a deplorable thing to say'," he said.

"Twelve years later, everyone from Justin Trudeau in Canada to Gavin Newsom in California, to Hillary Clinton and Michael Bloomberg, they are proud of it. They are saying 'we are going to use this crisis and pushed on your throat something that has no popular support'."

Hanson said that part of the reason Joe Biden "stayed in his basement" was because his platform includes some of the ideas disseminated at Bloomberg's forum and at the World Economic Forum.

"He didn't campaign on these issues," Hanson said. "That's why Kamala Harris crashed in the primaries," he said, adding that even Bloomberg was able to muster a primary win in American Samoa before he eventually ended his bid for the White House.

"[Voters this election] were saying we don't want open borders driving down American wages, we don't care about the WTO and the W.H.O. And the UN, and we are going to honor the Constitution first, and we don't think giving these endless concessions to China is going to make them democratic and a world partner -- We are not going to deindustrialize the middle west, there's no reason to do that. We want to save this trillion-dollar energy sector. It's given us all this freedom in the Middle East. It's given us jobs. And you know, you don't have to reset anything."

Hanson said the globalists suffered a setback when President Trump "recalibrated" the Republican Party and retooled the labor market in the working-class citizen's favor.

This is a guy, Michael Bloomberg, who said 'you drop a seed and it's really easy to farm'. You put him on a tractor, he would crash into the wall," Hanson said.

"He doesn't know anything about the practical lives of millions of Americans. It's pathetic. It really is."