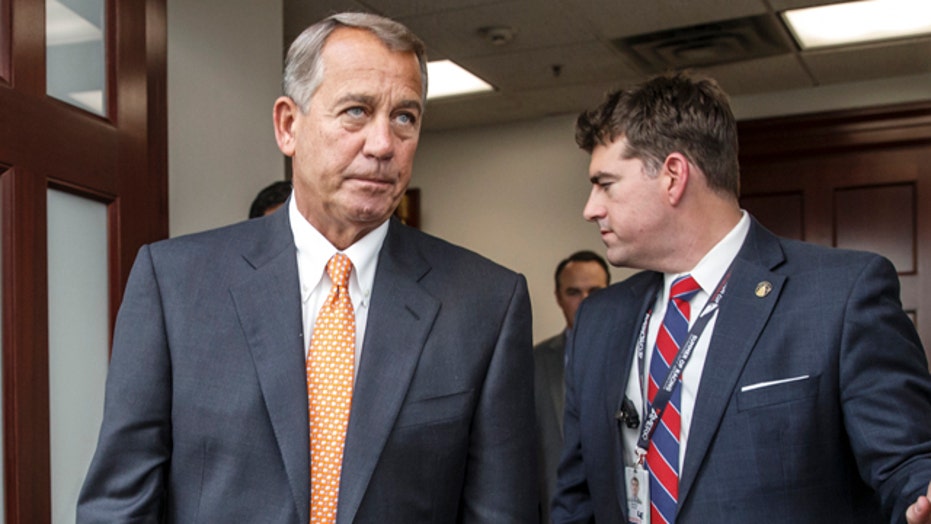 DHS funding at center of fight over immigration

The GOP-led Senate is expected to vote next week on legislation that keeps the Department of Homeland Security fully operational through February, but parts of the bill that attempt to reverse President Obama’s immigration policy set up a major showdown with Democrats.

The expected political battle started before Republicans took control of the upper chamber, when the parties agreed on a temporary spending bill that essentially funded the entire federal government through the fiscal year, with the exception of the homeland security department.

It was a defiant move by the GOP-led House, in response to Obama’s recent executive actions on illegal immigration, which Democrats accepted as part of the larger budget deal and that also included significant compromises on both sides.

The House has already passed the bill, which will keep the department fully operational past Feb. 27.

But passage in the Senate will be more difficult, with Democrats vowing strong opposition and Republicans unlikely to not get the 60 votes needed to overcome the Democrats’ filibuster.

Obama and fellow party members also have urged Republicans to pass a funding bill for the agency “clean” of any language attempting to roll back the executive actions. And the president has also threatened to veto such legislation.

Senate Majority Leader Mitch McConnell has indicated the first vote on the House bill will be Tuesday. But whether the Kentucky Republican allows amendments, like he did with the Keystone XL Pipeline legislation, remains unclear.

‘It’s a debate that will challenge our colleagues on the other side with a simple proposition: Do they think presidents of either party should have the power to simply ignore laws that they don’t like?” McConnell, R-Ky., said on the Senate floor.

“Will our Democratic colleagues work with us to defend key democratic ideals like separation of powers and the rule of law? … The House bill does two things -- funds the Department of Homeland Security and reigns in executive overreach. That’s it. It’s that simple.”

The House-passed bill provides $39.7 billion to finance the department through the rest of the budget year for counterterrorism, cybersecurity and other priorities at a time when attacks in Paris and elsewhere are fresh in the public's mind. Unaffected by the measure is additional money the agency receives from fees.

As passed in the House, the legislation would also reverse Obama's decision last fall to provide temporary deportation relief and work permits to an estimated 4 million immigrants in the country illegally, mostly people who have children who are citizens or legal permanent residents.

The bill also would eliminate a 2012 directive that has granted work permits and stays of deportation to more than 600,000 immigrants who arrived illegally in the U.S. under the age of 16.

The Congressional Budget Office estimates that the measure would increase the federal deficit by $7.5 billion over a decade.