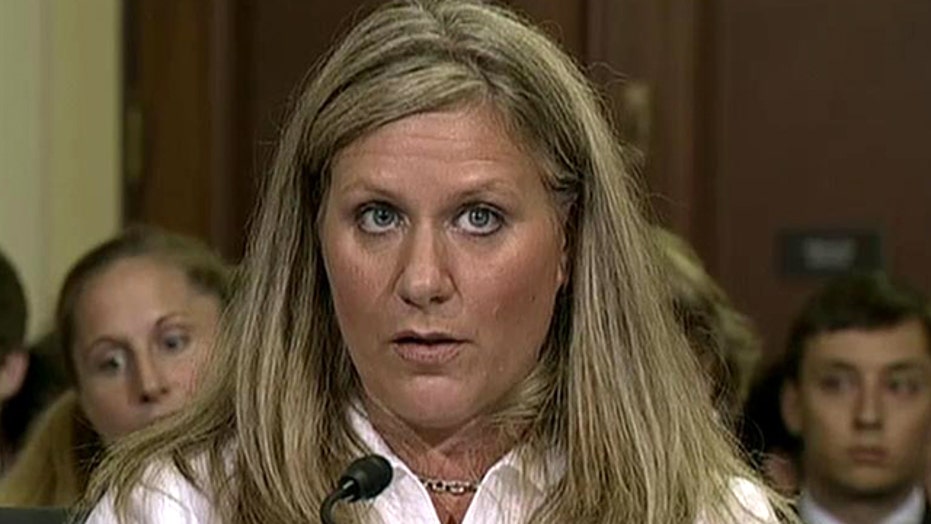 The Department of Veterans Affairs is making disability payments to thousands of veterans without adequate evidence they deserve the benefits as the agency attempts to cut the huge backlog of claims, a department watchdog said Monday.

Without improvements, the VA could make unsupported payments to veterans totaling about $371 million over the next five years for claims of 100 percent disability alone, said Linda Halliday, an assistant inspector general, in prepared testimony at a House Veterans Affairs Committee hearing.

Committee member Rep. Tim Huelskamp said the “unbelievable” testimony showed that while agency officials have told Congress the backlog was being reduced in a timely and accurate manner, it seemed to be a sham.

“That’s all baloney,” said Huelskamp, R-Kansas. “They are all concerned about numbers and not veterans.”

Halliday said spot inspections revealed that the VA also made errors in one in four claims involving traumatic brain injury. Special initiatives designed to remove older claims and to speed processing of new claims are worthwhile, Halliday said, but in some cases they "have had an adverse impact on other workload areas such as appeals management and benefits reductions."

The VA used the hearing to claim "tremendous progress" in reducing a disability claims backlog that reached about 611,000 in March 2013. The backlog is now about 275,000 — a 55 percent decrease from the peak, said Allison Hickey, undersecretary for benefits at the VA.

Last year, the Veterans Benefits Administration completed a record 1.2 million disability rating claims, Hickey said, and the agency is on track to complete more than 1.3 million rating claims this year. More than 90 percent of the claims are being processed electronically, she said.

"It has never been acceptable to VA ... that our veterans are experiencing long delays in receiving the benefits they have earned and deserve," Hickey said. She said the department has spent the past four years redesigning and streamlining the way it delivers benefits and services.

Halliday, however, said her investigators have found numerous problems in handling VA benefits, including faulty claims processing that "increases the risk of improper payments to veterans and their families."

Inspectors surveying Philadelphia's VA benefits center in June found mail bins brimming with claims and associated evidence dating to 2011 that had not been electronically scanned, she said.

Inspectors also found evidence that staffers at the Philadelphia regional office were manipulating dates to make old claims appear newer. The findings are similar to problems that have plagued VA health centers nationwide. Investigators have found long waits for appointments at VA hospitals and clinics, and falsified records to cover up the delays.

In Baltimore, investigators discovered that an employee had inappropriately stored thousands of documents, including some that contained Social Security data, in his office "for an extensive period of time." About 8,000 documents, including 80 claims folders, unprocessed mail and Social Security information of dead or incarcerated veterans, were stored in the employee's office, Halliday said.

Kristen Ruell, an employee at the VA's Pension Management Center in Philadelphia, told the committee that mail routinely "sat in boxes untouched for years" at the pension office. Once, after becoming concerned that unopened mail was being shredded, Ruell opened the boxes and took photos. Instead of addressing the problem, she said, VA supervisors enacted a policy prohibiting taking photos.

"A lot of the mail that should not have been shredded was shredded," she said.

After VA officials in Washington issued a directive last year ordering that a backlog of claims older than 125 days be reduced, the Philadelphia office "took this to mean that they could change the dates of every claim older than six weeks," Ruell said. While pension center managers later told the IG's office that the mislabeling was based on a misunderstanding of the directive, Ruell said, "these behaviors are intentional."

The incorrect dates "are used to minimize the average days pending of a claim to make the regional office's numbers look better," she said. For instance, claims that should have been dated 2009 were dated 2014, "therefore making the claim appear 'new,' " she said.

"The VA's problems are a result of morally bankrupt managers that through time and (government service) grade have moved up into powerful positions where they have the power to and continue to ruin people's lives," Ruell said.

The VA has long struggled to cope with disability claims. The backlog had intensified in recent years as more solders returned from Iraq and Afghanistan, and as the VA made it easier for Vietnam-era veterans to get disability compensation stemming from exposure to Agent Orange.

Lawmakers in both parties have complained about the Obama administration's handling of the problem and some have called for an independent commission to address it.